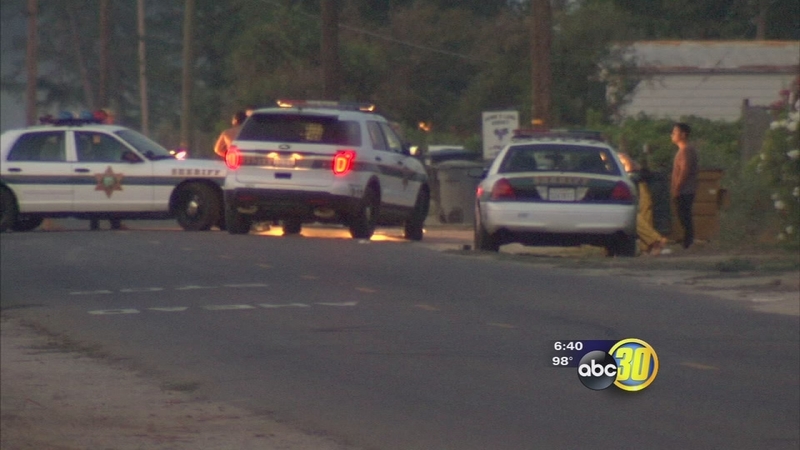 FRESNO, Calif. (KFSN) -- A wake-up call for a family in Fresno County they did not expect, when the sheriff says several suspects forced their way into a home armed with guns and began exchanging gunfire with the victims. When the gunfire ended, two men were dying. Deputies say the men shot and killed were the home invasion suspects.

The sheriff says seven armed gunmen were likely after marijuana and money when they posed as law enforcement officers and kicked in the front door of a home. But, in the end, two intruders were gunned down by the victims who they intended to rob.

The Fresno County Sheriff says the suspects terrified and tormented a family for about a half an hour Thursday before dawn. Deputies say during the confrontation so many bullets were fired, investigators are still tallying the casings.

"So far we have several children who were terrorized in their own home. The teenage girl was used as a human shield as the suspects were leaving the residence, and they kidnapped her, putting her in the car," said Fresno County Sheriff Margaret Mims.

The young victim was taken on a frightening ride before the suspects let her go near Butler and Second in Southeast Fresno.

Investigators say she was not hurt. Another family member was pistol-whipped during the deadly confrontation. Hours after the violence, he was shaken up but otherwise OK. 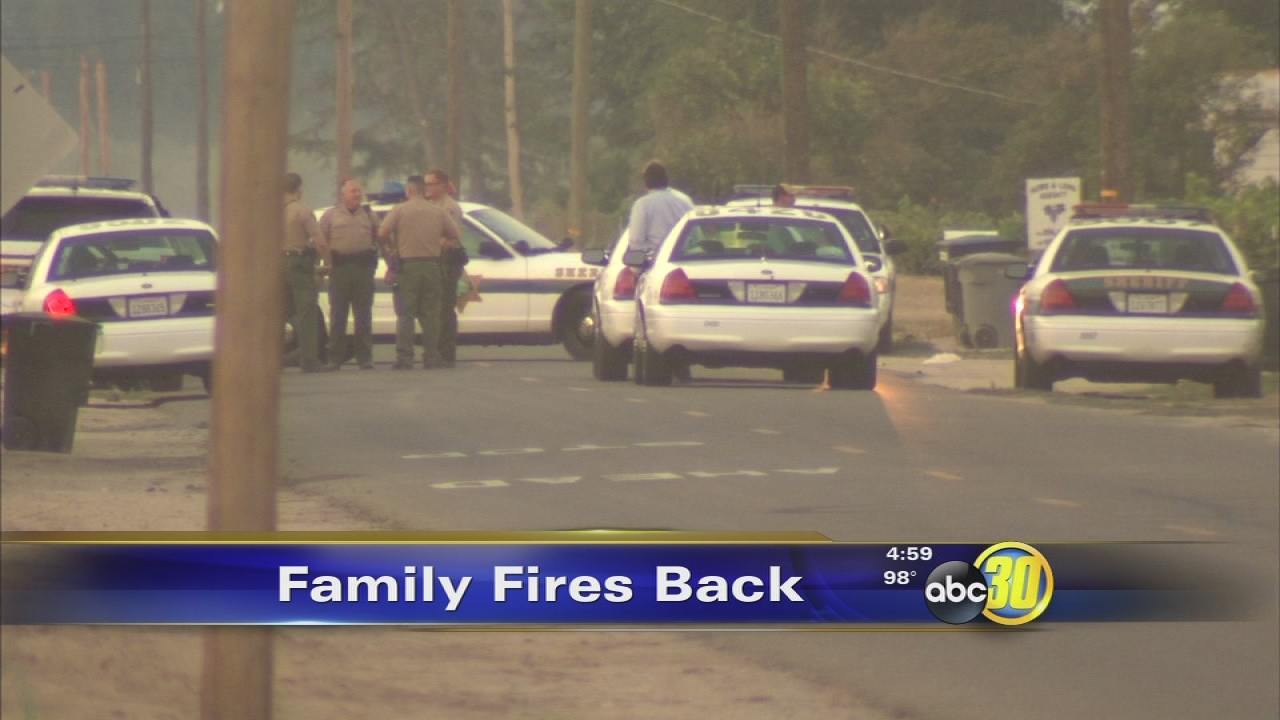 2 killed in Fresno County home invasion, shootout, kidnapping and chase
A 15-year-old girl is safe and so is her family after the Fresno County Sheriff says several suspects kicked in their front door and started shooting. In the end, two suspects were killed when the victims fired back.
Deputies tracked two of the suspects' cars as they sped away from the residence, with the 15-year-old victim inside. The pursuit went on for a few miles, until it reached speeds of 100 miles an hour and was called off because of safety concerns.

Investigators say the suspects ditched some evidence as they tried to get away.

"Several shotguns and handguns have been recovered including one that the suspects threw out of their vehicle at Highway 41 and Central Avenue," said Mims.

Not long after the chase ended, one of the suspects' cars arrived at Community Regional Medical Center with a dying suspect in the backseat. Investigators say the man had a gunshot wound to his head and was still wearing the ski mask he used as a disguise.

Authorities arrested two suspects. Sergio Eduardo Hernandez, 23, of San Bernardino, and Chi Tang, 31, of Madera, are expected to be booked into the Fresno County Jail on charges of attempted murder, home-invasion robbery, kidnap, use of a firearm during the commission of a felony, and felony evading.

The kidnapping victim is providing good information about the wanted suspects who got away in a four-door gray Honda. The car has paper plates with the word "corona." If you see it, sheriff's investigators say do not confront the occupants, just call 911.