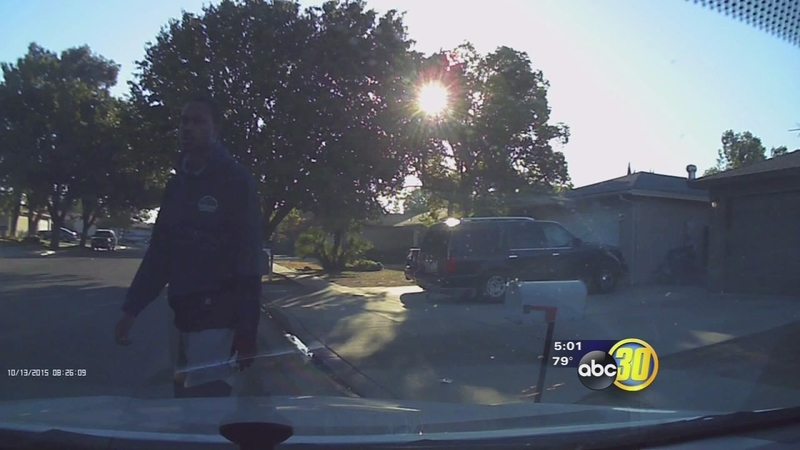 FRESNO, Calif. (KFSN) -- Fresno police are looking for a man suspected of violently robbing a man of his cell phone after responding to a Craigslist ad.

Dash cam video of the incident helped investigators identify the suspect as 20-year-old James O'Neal. The victim was selling a cell phone but ended up getting manhandled and robbed. Detectives say the encounter was captured on tape including the suspect's voice.

The conversation began a week ago on text message. The victim arranged to sell his phone for $950 after an ad on Craigslist. Dash cam video shows the suspect, O'Neal, walking up to the victims car to get the new in box iPhone 6s Plus. "He meets him in front of his car where you see him on the dash cam and then off camera he is at the drivers door where he assaults him and steals his cell phone," said Sgt. Mark Hudson, Fresno Police Department.

Investigators said O'Neal slammed the victim against the car and took the phone by force. Then the suspect sent him a message after the robbery taunting him.

Police say the home where the suspect met the victim was vacant and the suspects message said, "expletive no one lives there." But detectives believe the suspect recently moved out of the home.

Action news went to the suspects last known address which was around the block from the crime scene. A woman who answered the door said she didn't know O' Neal but neighbors say a man matching his description has been in the area.

The victim is okay and police say the phone was real, and the seller was legitimate.

O'Neal does not have a prior criminal history. He was a student at Fresno City College last semester.