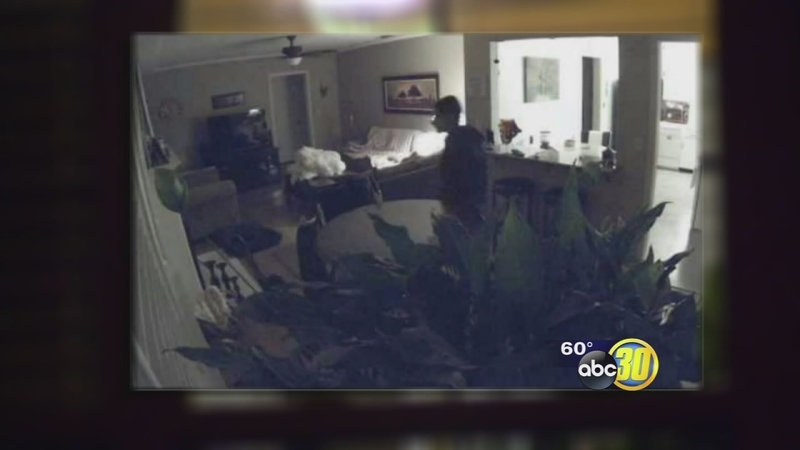 FRESNO, Calif. (KFSN) -- A 50-year-old woman is recovering after attacking a 20-year-old man who broke into her home. The robbery happened just after 6:00 p.m. on Dayton and Delano Avenues in Central Fresno.

"I was just zooming through traffic to get here," said the homeowner.

With swollen fingers and an ice pack on top of her hand, the woman who lives at the home spoke to us Thursday night. She doesn't want to be identified but said she was out at dinner when she got an alert on her phone from her security company showing a burglar inside her home.

When she got to her house, her neighbor was standing outside. He had noticed her lights going on and off.

Not wanting to wait for police to arrive, the two of them decided to go inside together.

"We went inside and someone jumped out and attacked us and then we fought like crazy," the homeowner said.

She said the suspect had a knife in his hand and told them he had a gun as well. But it didn't scare the 50-year-old woman who was looking for her seven-year-old dog Zoey.

"She was nowhere to be seen, that's why I was beating the crap out of him trying to find out where my dog was. I kept asking where was my dog, where's my dog."

After officers showed up, Zoey was found outside-- she managed to escape the house unharmed.

The homeowner said, "She's my life, that's why I raced down here to save her just trying to figure out why this guy was in my house."

The victim's neighbor wasn't shocked this happened. He said someone broke into his home four weeks ago in the middle of the day.

"It makes me kind of feel like is this neighborhood isn't really safe anymore. Within a month of each other on the same street it's just crazy."

Police said there may be an additional suspect because there is a television missing from the woman's home.

The neighbor who helped the homeowner was taken to the hospital. He suffered an injury to his ear after the suspect bit him.