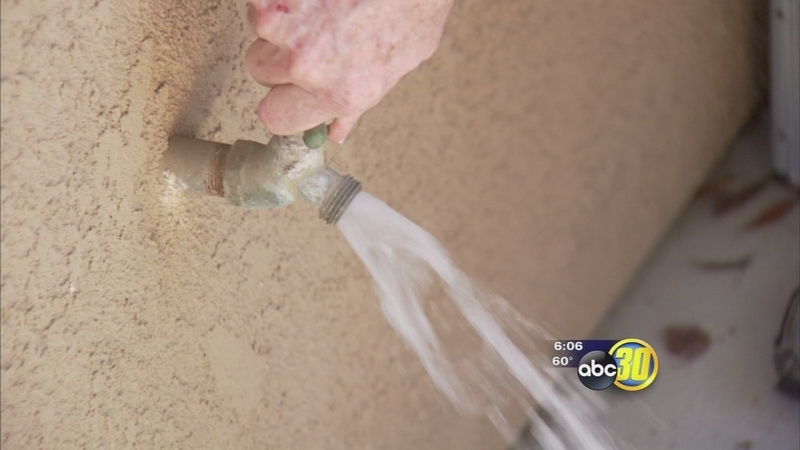 FRESNO, Calif. (KFSN) -- The City of Fresno now believes it has tested the water in every home where residents have complained about discoloration.

Some level of lead was found in faucets of 848 homes, of those about half, 418, have lead above the EPA action level.

Water from the city's surface treatment plant was initially blamed, but it has been offline for two months. Well water is being pumped into the system and Public Utilities Director Thomas Esqueda said the problem persists.

While health experts said there is no safe level of lead, the action level set by the EPA is 15 parts per billion. According to the EPA rules when a certain number of homes have water above that level, the water supplier, in this case, the city, must take action.

A total of nearly 5,500 faucets have been tested. About 10-percent, 533, had lead above the action level. Most came from tubs, showers, and bathroom sinks. Only 43 came from kitchen sinks, considered the most likely source of drinking water.

Fresno has been struggling for months to deal with the problem. Water samples are being tested by corrosive water experts at Virginia Tech University.

Its hoped finding the right combination will reduce the corrosion that also releases lead.

"Our goal now is by February we should finish this bench testing and then February we will start the demonstration scale loop testing. And then from that data we will say this is the formula we want to use at the water plant," said Esqueda.

The city notes that about 40-percent of the homes initially reporting discolored water now report the water is clearer.

But lawsuits are being filed by homeowners who blame the city's water system and subcontractors on causing their pipes to corrode and release lead. Several residents have already spent thousands to replace their plumbing.