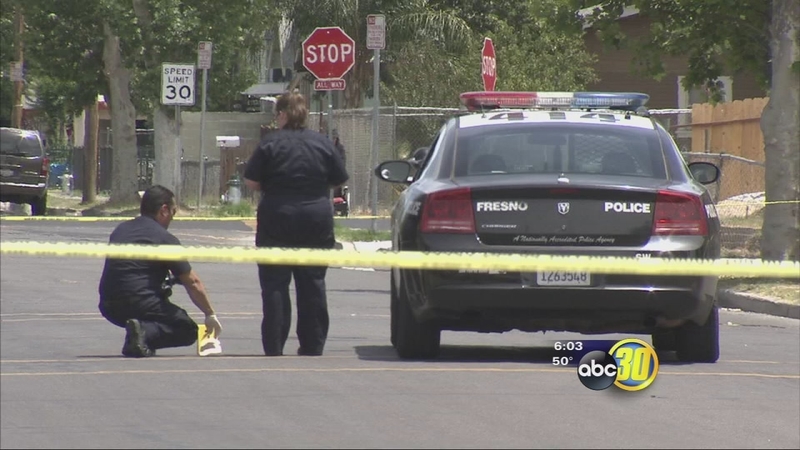 FRESNO, Calif. (KFSN) -- Fresno is finishing out the year with one fewer homicide than last year. But there's been a dramatic increase in murders this year that are domestic violence related.

Seven people were killed this year by a person who they once loved. These homicides are often the most personal and violent.

Fresno Police investigated 39 homicides in 2016, half of them being gang-related. Only this year, crimes of passion led to several deaths in Fresno. Every one of them violent and was solved.

In one unusual case earlier this month on Shields and Maple Avenues, detectives say a domestic violence victim turned the tables on her boyfriend and, from what it appears, killed him in self-defense.

"Sometimes even the victim's family, or even witnesses on the street, may be afraid to come forward due to fear of retaliation," Madrigal explained. "Because they know the violence. They know the history behind the gangs."

The year began in tragedy for one family on New Years Day. In the middle of the afternoon, Gurcharan Singh was stabbed to death while working at the Shields Express Market on West and Shields Avenues. The crime was caught on surveillance cameras, but, so far, police have not been able to identify or arrest the suspect.

Police say much of their success in solving homicides largely depends on tips from the community. Information can lead to justice. Detectives hope the new year, will bring new leads to those who want to start the new year by clearing their conscience.