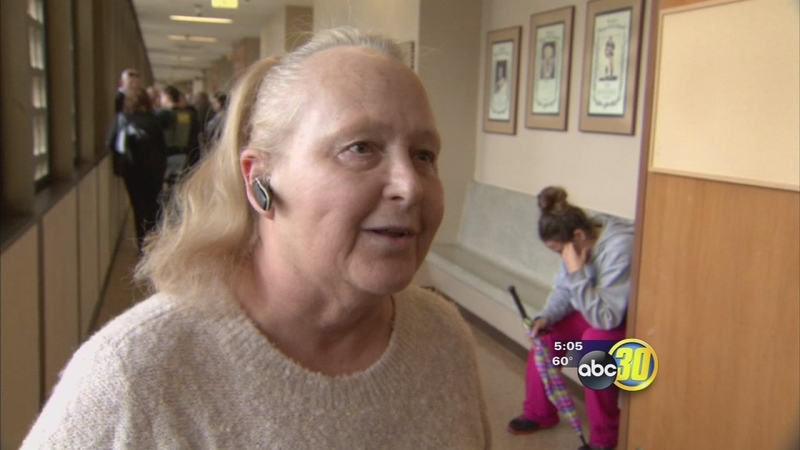 CLOVIS, Calif. (KFSN) -- A man arrested after Clovis police found a cat bound with electrical tape in his backpack last weekend has pleaded not guilty.

The cat is recovering now after police found it with tape around its nose, legs, and neck. Action News talked to family members of the suspect, Cody High outside of court Wednesday. They called him an animal lover who got caught in the middle of an unusual act based on his respect for cats. But prosecutors aren't buying it and they're worried about what high might do next. "Cody has never hurt an animal in his whole life and he never would," said his aunt, Jena High.

Cody High's family members deny he's the person responsible for the savage tape job that nearly killed an orange tabby. Clovis police say they found the cat zipped up inside High's backpack. But High pleaded not guilty to animal cruelty charges Wednesday and his aunt came to court with an explanation. "Cody found that backpack like that with the cat dead in it, then he was going to go bury it," Jena High said. "And you don't know his love for animals either. I'll tell you that right now. This kid loves animals and cats are his favorite animal."

That doesn't match what he told police, though.

The 24-year-old has three prior convictions for drug possession, and because he was on probation, he couldn't stop officers from searching his backpack. When they did, investigators say he admitted to owning the tape wrapped all around the cat. ABC30 legal analyst Tony Capozzi says that makes the aunt's story seem like a stretch. And he says the images are troubling -- even if you take High's drug troubles into consideration. "He may not have been under his proper senses when he did this," Capozzi said. "But then again, this may escalate to something else where he does this to a human being."

A veterinarian said the cat was near death when police got him out of the backpack, but after a few days of recovery, he's almost back to normal. High's family members tell Action News he thought it was already dead when he found it, and if he could've saved it himself, he would've. "Cody's got a heart of gold," said Jena High. "I mean, he'd give you the shirt off his back. He's got a drug problem. That's his downfall right there, but it's still not going to make him torture a cat."

High's aunt tells us she thinks it's significant that the cat was microchipped, but police haven't been able to track down the owner.