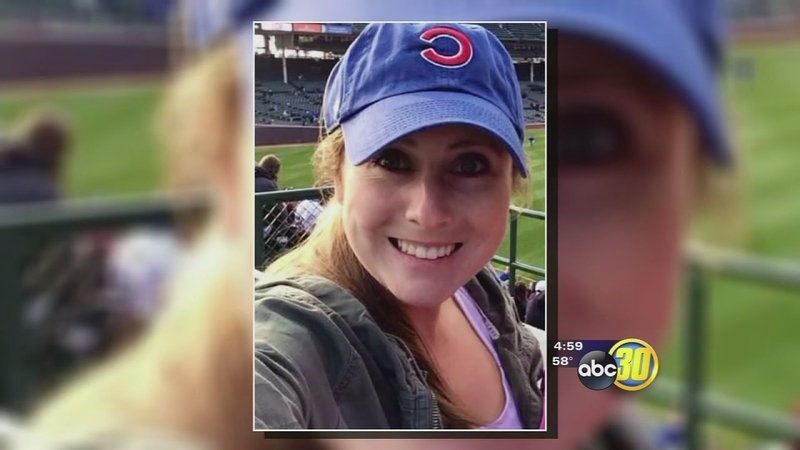 FRESNO, Calif. (KFSN) -- The family of a woman killed by a drunk driver is asking people to forgive the man police say is responsible.

Family members of a former nurse remember Molly Griffin, 23, as a bright young woman with her whole life ahead of her.

"Brought joy and light to every situation that she was in, and we could just tell that by literally the hundreds of people that are responding with prayers and good wishes," said Doug Griffin, Molly's father.

Her life was tragically cut short late Saturday night when a drunk driver ran a red light and smashed into her car. It's a gut-wrenching phone call Doug Griffin says no father should ever have to get.

Oscar Felix, 32, was also killed in the crash. He was a passenger in the suspect's car. Friends say Felix was a hardworking family man who leaves behind a wife and three children.

The only one who walked away with minor injuries was the driver, Hector Castillo-Pichardo. The 23-year-old was arrested for DUI, driving without a license and vehicular manslaughter.

And yet through all the pain, Molly's father says he's not angry with the suspect and hopes no one else is either.

"I just want to challenge people to forgive Hector for this. He is going to have to pay the consequences for what he did, but in honor of my daughter I just want something good to come out of this," said Doug Griffin.

This is the first DUI crash of the year in the city of Fresno.