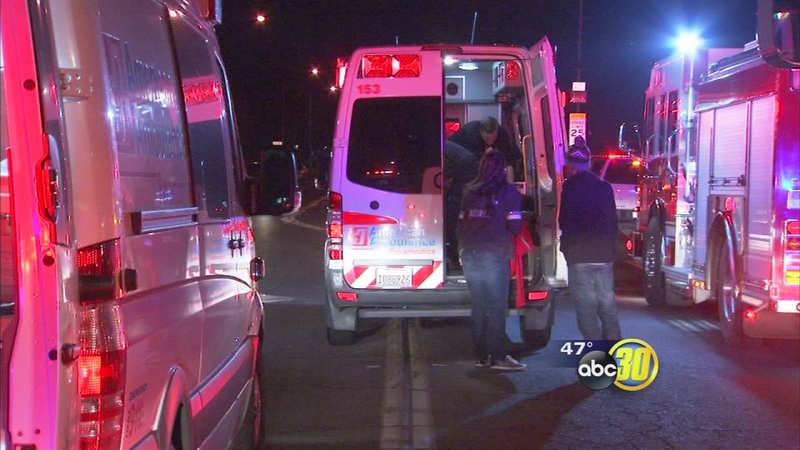 FRESNO, Calif. (KFSN) -- Five people were shot outside a southwest Fresno shopping center and Fresno Police said two of them are teenagers. One of the victims is identified as Vincent Rogers.

The shooting happened just before 6:00 p.m. Wednesday just blocks away from Edison High School. "There was a large group of people in the parking lot. there was some type of large disturbance in the parking lot confrontation here or somewhere else and a group of suspects came up and opened fire," said Lt. Dave Ramos.

A source close to a victim says Vincent Rogers was shot in the hip. He's expected to survive, along with the four other people who were attacked. One victim was breathing and conscious when first responders took him to the hospital. "From the information that I'm getting it doesn't look like they were innocent bystanders it looks like the suspects knew who the victims were and specifically targeted them," said Lt. Ramos.

At Community Regional Medical Center, family members and friends of the victims gathered outside. At the hospital and at the crime scene loved ones were distraught. "There was a lot of people a lot of emotions you know people have just been shot something like this. so it was very chaotic and emotional," said Lt. Ramos.