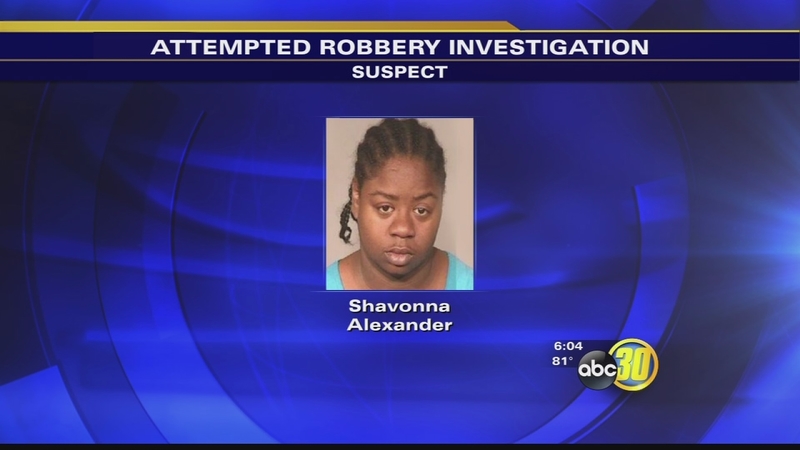 She is identified as 27-year-old Shavonna Alexander of Fresno. After receiving two tips from Central Valley Crime Stoppers.

Surveillance video shows the 73-year-old Victor Bejarano walking up to an AutoZone store on Cedar and Belmont on October 10th. He says the woman told him to give up his wallet, but he refused, and the two struggled.

She didn't stop until someone told her they called police.

Fresno police say Alexander has a prior burglary arrest.