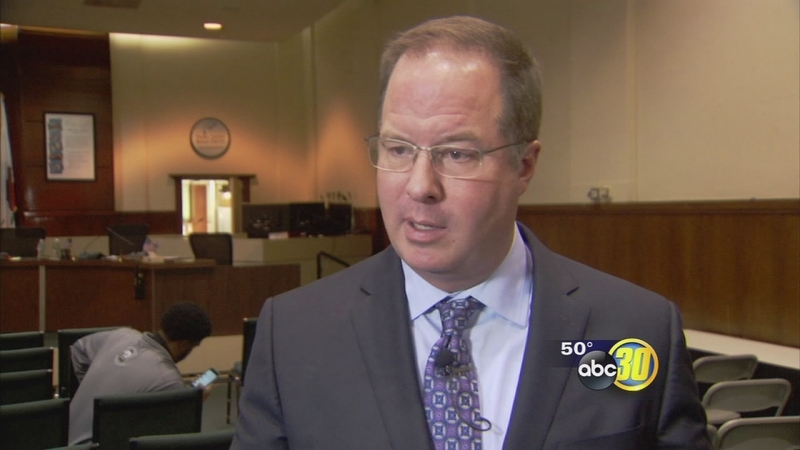 Michael Hanson, 51, says he's at a point in his career where he'd like to transition to something new and his children will be moving on to new schools next year so now is the time.

Hanson said he will leave in August of 2017 to ensure a smooth transition to Fresno Unified's next leader. Hanson said he's accomplished a lot over the last 12 years and believes the district is stable enough for a new leader.

After more than a decade and a rough last couple years facing an FBI investigation and critical board members, Fresno Unified's leader says, after a long discussion with his family, it's time to move on.

"My second and third children are now transitioning to middle school and the second one I brought here as a first-grader is now graduating Edison and moving into college," Hanson explained. "So, those two transitions matter a great deal."

Hanson said there's still more he wants to do in public education. He's just not sure yet what that might be. Hanson's wife also works for the district, but he says he doesn't know whether she will also leave in August.

"There are a lot of things up in the air," he said. "We don't know where he's going to end up in college, so we don't know a lot of those things for certain. It's just too new."

Hanson touts a lot of major accomplishments during his time with the district since 2005, including record graduation rates, improving school facilities, bettering relationships with community organizations and local government and a balanced budget.

The last few years have come with some harsh criticism from several school board members and an investigation by the FBI into whether he took part in illegal lease-leaseback construction agreements.

"All of our board members and senior staff did exactly what the FBI requested of us and since that date, we have not heard a peep," Hanson said.

More importantly, Hanson said the district is in a good position to continue to improve.

"I would say directly to the people of Fresno, 'Thank you for entrusting your children to Fresno Unified,'" he said. "We think we've done a much better job over the years of preparing them for life after high school, and we're only going to get better."