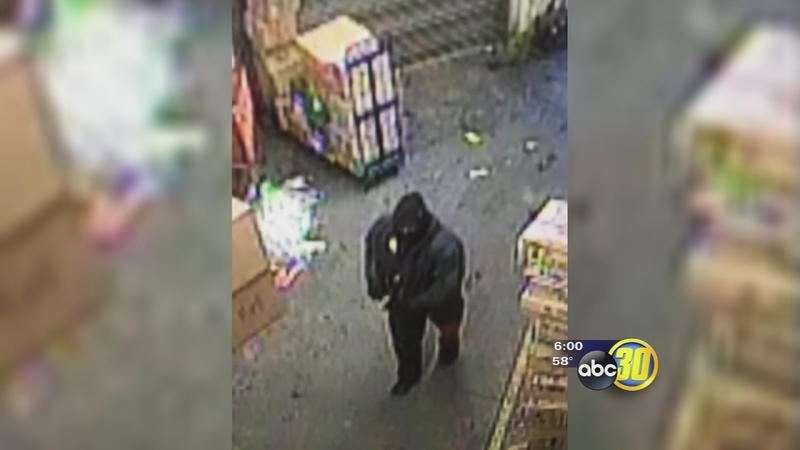 FRESNO, Calif. (KFSN) -- Madera police are looking for an armed robbery suspect who hit the 99 Cents Store in Madera before it opened Sunday morning.

Surveillance video shows a large man with most of his body covered as he walked in and out of the store. Employees told investigators the guy brought a gun and asked to talk to the manager.

Two of the employees called 911 right away, and responding officers initially thought it was a hostage situation.

"There were six employees in the store and not all of them were fully aware of what was going on," Cpl. Matthew McCombs with the Madera Police Department said. "So, when we got here, we got them out of the store and then we just set up a perimeter around the store expecting to find somebody inside."

Employees eventually checked their surveillance system and found out the suspect left through a fire exit before police got there.