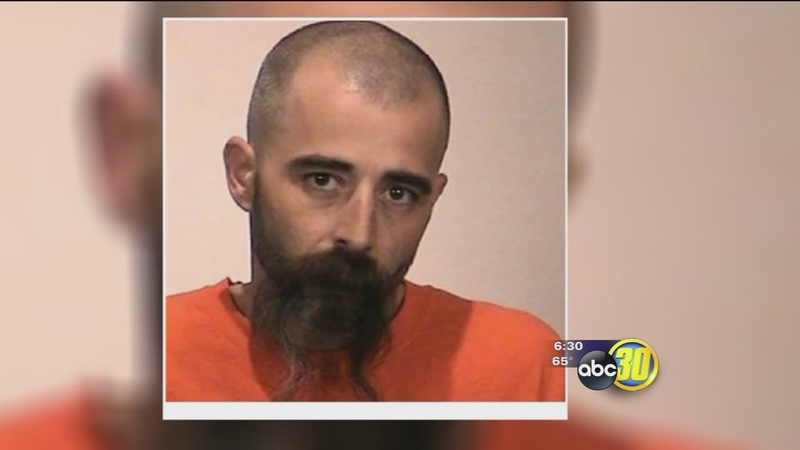 David Machado pleaded not guilty to the murder of deputy Dennis Wallace, along with enhancement of killing a police officer in the performance of duties, premeditated and deliberated murder, and use of a firearm. He is also being charged with residential carjacking and robbery.

"This case is eligible for the death penalty. The DA will announce whether or not this will be sought at a later date," said John Goold, Stanislaus County DA's Office.

Machado was also charged for failing to show up in court earlier this year.

"The failure to appear case was felon in possession of a firearm. It was a jury trial date on Oct. 31 and the defendant was out on bail. He did not show up," said Goold.

We attempted to speak with Machado's attorneys, and even stopped by the public defender's office for comment, but they did not respond to our request.

We also went to where Machado used to live at the Orchard Village Mobile Home Park.

Juan Revuelta said Machado used to be the manager of Orchard Village, and seemed like a good guy. He said Machado was in the neighborhood washing his clothes on Friday just days before the shooting.

Another neighbor said he knew something was wrong when deputies put the neighborhood on lockdown after the shooting. He adds that Machado was always a respectable guy, and this came as a shock.

"You think you know somebody and then the worst comes out," said Pete Hernandez, neighbor.

The deputy is expected to be laid to rest on Tuesday, and Machado is expected back in court for his pre-trial on November 21.
Related topics:
shootingofficer killedcalifornia
Copyright © 2021 KFSN-TV. All Rights Reserved.
CALIFORNIA
CA single father gets new appraisal for $150K more in value
Valley doctors discuss California's reopening
Looking back at the ups and downs of COVID in Central CA
UC will require students, faculty and staff to be vaccinated
TOP STORIES
LIVE: Biden speaks after hours of talks with Russia's Putin
50K Six Flags tickets announced as new vaccine incentive
Merced teacher back home after battle with COVID-19
Looking back at the ups and downs of COVID in Central CA
Fire burns 2 homes in northeast Fresno
24-year-old man shot in southwest Fresno, police say
House moving quickly to pass bill making Juneteenth a holiday
Show More
What changes throughout Central California as state reopens
Tips for staying safe during a heat wave
Is being vaccinated a requirement for returning to work?
Fresno reopens public pools amid heat wave
Fresno police chief proposes $1.9M budget for department
More TOP STORIES News