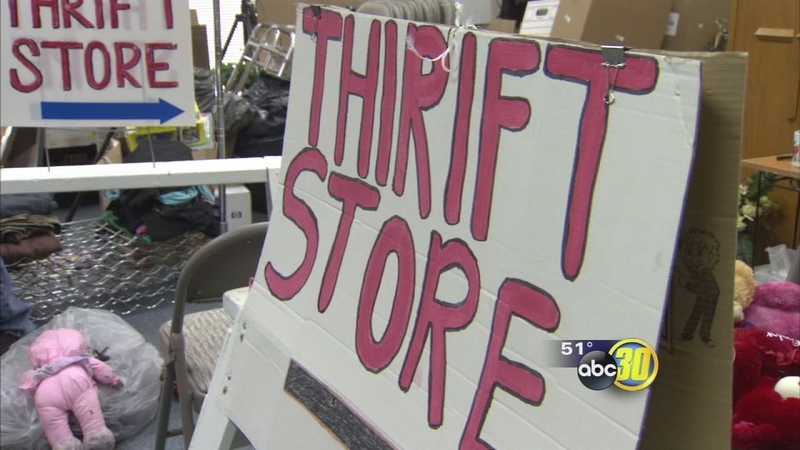 FRESNO, Calif. (KFSN) -- A local pastor is recovering after he said an armed burglar shot him in the face with a pellet gun.

Every week, Pastor Aquilas Gaona of the Church of Restoration sifts through donations for his church's thrift store. It's in this room he also reads sermons to his congregation. Now it's also where he was shot in the face with a pellet gun.

"When he pulled that trigger it hit me in the face and I said oh my god and he shot again and then he ran. Thank god it wasn't a firearm or I probably wouldn't be here right now," said Gaona.

Gaona was sorting through donations -- when a man in a mask -- came in with a gun demanding money. Tthe suspect didn't get away with anything, after Gaona starting chasing after him.

"He takes off running and jumps in his truck which is a Toyota Tacoma," said Cipriano Saldana, the pastor's son.

Luckily the shot to his face, wasn't life-threatening. and the pellet didn't hit any vital organs. Gaona's son said his father devotes his life to the church and doesn't understand why anyone would attack him.

"They try to give to the community and it makes me feel unsafe for them," said Gaona. He said someone might be targeting his family. Just two months ago, he said someone shot his home with a pellet gun in a drive-by shooting.

Whoever it is or whatever the goal, Gaona said he wants it to stop.

"I forgive the man but I want him caught before he hurts someone else," said Gaona.