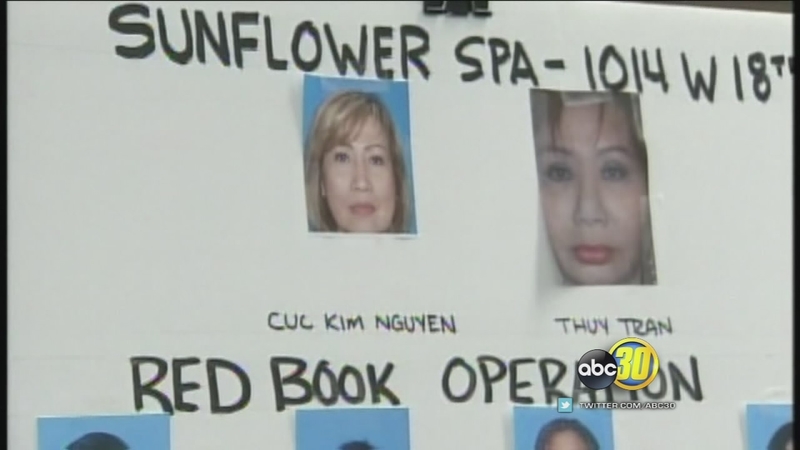 The city of Merced is considering a new way to prevent prostitution at businesses that claim to be massage parlors.

Lucy Howard has a passion for helping people feel their best through massage therapy. "Massage therapy can definitely be a change of life for someone," Howard said.

She proudly displays her local license and training certificates inside her shop at the Bear Creek Galleria, but she also knows some people use massage as a cover for prostitution. "I hope they crack down on those people," Howard said. "I don't think it's good for my business. I don't want any business that is like that, but I realize there are a lot of people out there that are looking for that, and I just I'd like for them to just be gone."

The city of Merced also wants them gone, it had problems with one parlor in particular back in 2013. The Sunflower Spa was raided during a prostitution sting that ended with dozens of arrests.

Merced Director of Development Services David Gonzalves said "it is no longer operating, and it took quite some time and it's the reason for us passing a local authority to have people go through a procedure to establish businesses such as this."

Gonzalves says a state law that passed last year opened the door for cities to take more control. That's why Merced is now proposing an ordinance that would require new massage therapists to get a license from the state and a permit from the city that regulates how and where they can operate. Current massage businesses will have until 2026 to get a state license.

"Our whole purpose for adopting this new ordinance was not to prevent existing businesses from running, Gonzalves said. "It was simply to stop and allow some regulatory authority to stop and prevent some of the illegal activities that have been occurring."

The council will vote on the ordinance during its Monday night meeting. If it passes, the new rules would take effect in 90 days.
Related topics:
mercedmerced countyprostitution
Copyright © 2021 KFSN-TV. All Rights Reserved.
MERCED COUNTY