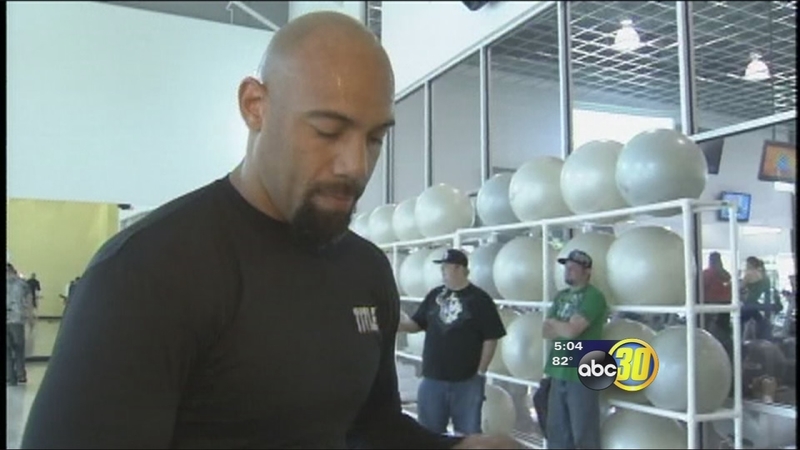 FRESNO, Calif. (KFSN) -- A Fresno native and former MMA star is charged with an MMA-style beating of his girlfriend.

Fresno police arrested 38-year-old Lavar Johnson in August and he's still in jail on a $175,000 bail.

Investigators say they got a 911 call from his girlfriend in August, but the call cut out when Johnson broke the phone. They say he threw her to the ground and against a wall. The woman reported he kneed her in the face and punched her several times -- only stopping when he noticed how much blood was gushing from her face.

Johnson has pleaded not guilty to the charges.