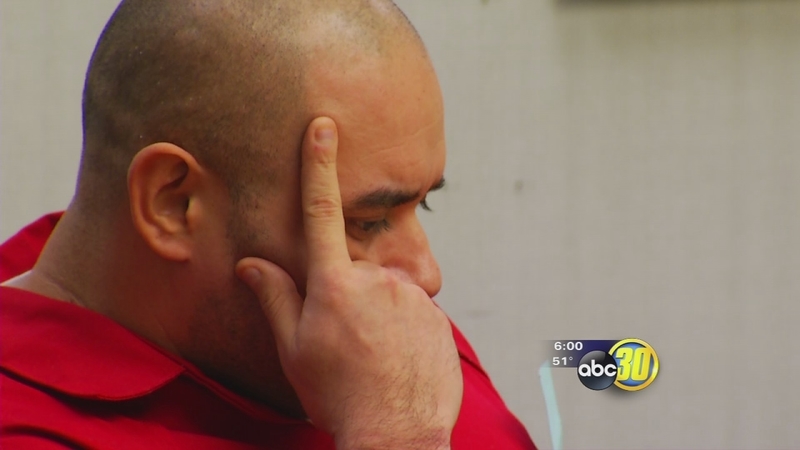 FRESNO, Calif. (KFSN) -- A domestic violence case pulled Fresno County district attorney Lisa Smittcamp back into the courtroom to prosecute a man accused of trying to kill the mother of his four children.

"After you heard the first shot and felt it, what happened next?" Smittcamp asked the alleged victim during a preliminary hearing.

"I just kept hearing the gunshots," the woman said.

The victim is speaking publicly for the first time since the attack in May 2015.

The shots came from behind as she ran away from her house and her longtime boyfriend. The woman known in court as Jane Doe says a family argument was escalating and when Bernardo Madueno grabbed a gun, her instincts took her outside so her five daughters wouldn't see it happen.

But after the gunfire, they got a front row view of the aftermath.

"I was laying on my back and I realized I was outside so I was looking up at the sky and for a moment I thought it wasn't real until my daughters came out and they were screaming," she said.

Police say Madueno shot the woman a few times and even attacked one of the girls, leaving her with a fat lip.

"She told me that the defendant, Mr. Madueno, had punched her in the lip as she tried to get him off her mother," said Drew Mosher, a detective with the Clovis Police Department.

Madueno was gone before police arrived, on his way to Mexico where he hid for almost a year and a half before he popped back onto the police radar.

"He was arrested by authorities, Mexican police in Mexico," Mosher said.
"From there he was turned over to their immigration authorities."

Madueno's defense attorney says he wanted to come back and face the charges. She also says Jane Doe's story may be leaving out critical details and asked her whether she ever stabbed Madueno.

Jane Doe says she carried a knife for self-defense and pulled it on him once when she felt scared.

"I took out my knife because I thought he was going to do something, but I never stabbed him," Doe said. "I was moving him and he actually sliced, I believe it was his finger, like he barely sliced it."