No sign of shooting at Naval Medical Center San Diego 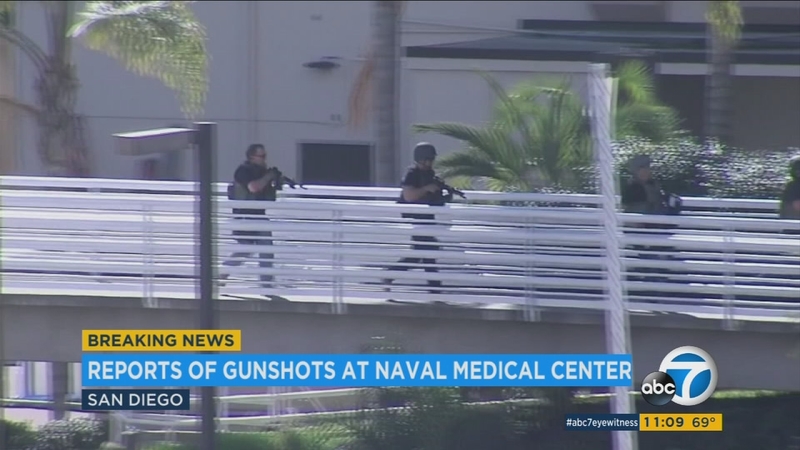 No sign of shooting at Naval Medical Center San Diego

SAN DIEGO -- Military authorities responded to a report of gunshots at the Naval Medical Center in the Balboa Park area of San Diego on Tuesday but an inspection found no sign of a gunman or a shooting.

According to a Navy official, a sentry at the medical center received a report from someone who claimed to have heard gunshots fired in the vicinity of building No. 26.

A Navy press release stated that the single witness reported hearing three gunshots coming from the basement of the building, which houses offices and barracks for wounded sailors and Marines as well as a gym.

"We have found absolutely nothing to indicate any shots were fired," a hospital spokesman said during a later press conference.

Base security and San Diego police initially responded to the scene, and a shelter-in-place order was issued. No injuries were reported.

The medical center is located at 34800 Bob Wilson Drive. Occupants inside building No. 26 were advised to run, hide or fight, according to a statement posted on the hospital's Facebook page.

The base remained on lockdown as authorities went from room to room and led personnel out of the facility.