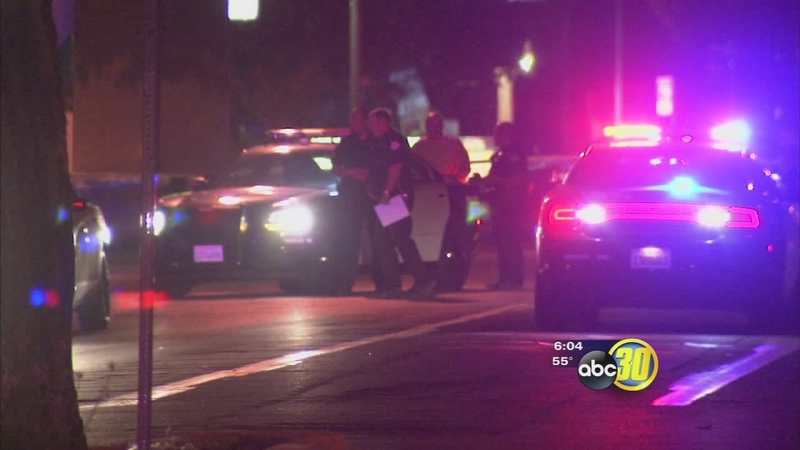 FRESNO, Calif. (KFSN) -- A jury is now deciding the fate of a Fresno man who says he killed in self-defense, but prosecutors say video proves it was not self-defense, it was murder.

Davin Rodriguez walked out of the Fresno County jail once before, just days after he was arrested for Jerald Riley's murder. After DNA evidence linked him to the scene of the crime, he was re-arrested, but he's hoping to walk out again soon. The 25-year-old admits to killing Riley two years ago, but his attorney says Rodriguez only acted to save himself.

"Davin wasn't trying to kill anybody," said defense attorney Richard Esquivel. "Davin was trying to get a guy off him that was attacking him."

Rodriguez testified he was out for a jog in the Tower District and stopped to look at some graffiti. By the time he started moving again, he says Riley was right behind him, and he was scared.

"He confronted Mr. Riley and said 'Why are you following me?'" Esquivel said. "And Mr. Riley said something that Davin couldn't understand and then rushed him, attacked him. Davin put his hands out with the knife in his right hand and tried to push him back and that knife made connection with Mr. Riley."

"I love how he says the knife just connected with him," said prosecutor Noelle Pebet. "It's like the gun just went off. No, he stabbed him."

The prosecutor says that first knife strike was not some random defensive blow. It was straight, even, and right into Riley's heart. He took a total of nine stab wounds before he died. What's more, Pebet says video from businesses on Olive Ave. shows Rodriguez is lying about Riley coming up behind him. And when homicide detectives first asked Rodriguez what happened that night, he lied then too.

Esquivel says Rodriguez was just afraid of being wrongfully accused of murder. He has no prior criminal history as an adult, but neighbors say he didn't like seeing African-Americans near his mother's home and used a racial slur when he talked about stabbing Riley.