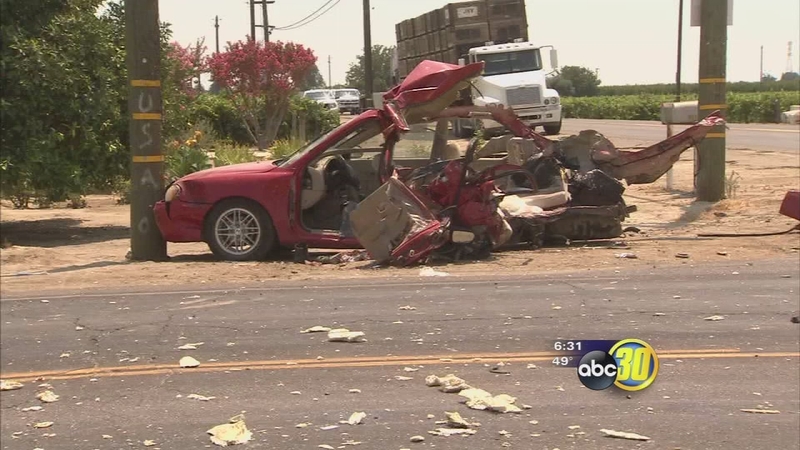 FRESNO, Calif. (KFSN) -- A confession to fear came Thursday from a truck driver involved in a deadly crash.

"He said he got scared and so he continued eastbound to the truck stop at 99 and Manning," said Diane Bedoian, a retired CHP officer who responded to the scene.

DUI manslaughter charges are the newest fear for Alonso Hernandez, and his case may have gotten worse Thursday. Judge Don Penner decided Hernandez should go to trial on the charges. A rear end collision crushed the little red car carrying the Santos family home from a day's work in the fields. They never saw it coming. "I did not realize what had happened," said Efrain Cortez Santos, the family patriarch, via a court interpreter. "I just felt the impact and I was not able to get out."

Santos and his daughter Reynalda testified Thursday about the crash that tore their family in half in July 2014. Leticia Trejo and her 14-year-old son Ricardo Santos both died in the back seat. Reynalda said she was in a coma for two months. She has memory loss, so she doesn't remember how she suffered her injuries, but she knows it's still a struggle to even walk. "I'm only able to walk slow(ly)," she said through an interpreter. "I cannot run or jump."

Police arrested Hernandez after the crash. They say the L.A. native had a blood alcohol content of .14% as he drove a load of onions through the Central Valley. But investigators say he tried to deflect the blame. "He was one or two car lengths behind the red car and the truck and that they suddenly stopped in front of him and he tried to stop, but he couldn't," Bedoian said. "And he said they didn't have a stop sign, and I said 'Well, there's a four-way stop sign there.'"

And Hernandez didn't stop even after the crash, according to investigators. He drove about a half-mile away, parked at a truck stop, and a Fowler police officer said Hernandez seemed to be hustling away when police were looking for him. When he was caught, Bedoian said Hernandez tried to explain why he left behind the mess he'd made. "He said that he knew it was bad and he probably killed someone and he got scared," she testified.

Hernandez got something new to fear Thursday.