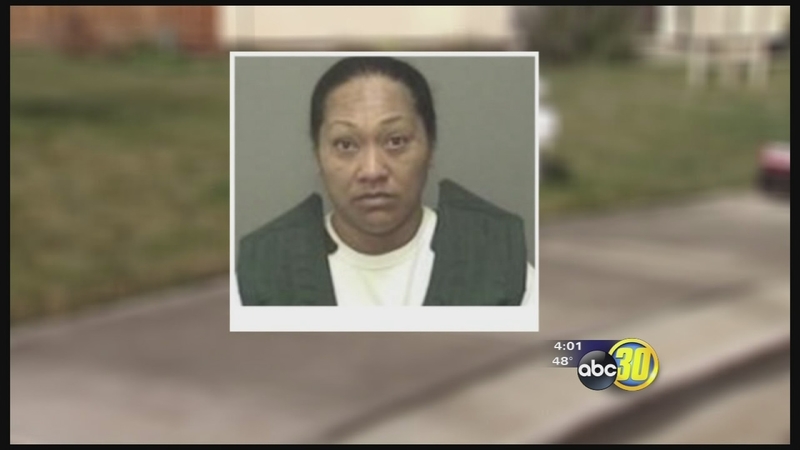 MERCED, Calif. (KFSN) -- A woman was killed Tuesday in Santa Nella after an officer-involved shooting.

Fifty-year-old Siolosega Nuufolau was a mother of two young children and a veteran. Deputies say she was being treated for mental health issues at a Veteran's Affairs hospital in the Bay Area and this wasn't the first time she threatened them with a knife.

Bullet holes are still clearly visible in the quiet cul-de-sac, remains of a deadly officer-involved shooting that shocked neighbors.

"I'm sad for the kids," neighbor Eddie Estrada said. "They go to school with my kids."

Patricia Hernandez says the incident all started when Nuufolau walked up to her driveway and asked her son to call 911. One deputy arrived at the scene by himself. "The deputy exited his vehicle to speak with Nuufualu and it was at that time when she yielded a large kitchen knife and charged the deputy," said Sgt. Delray Shelton with the Merced County Sheriff's office.

"We loved her very much," Hernandez said. "And we're so sad, so sad for her children and her husband."

Investigators say the deputy told Nuufolau to drop the weapon and backed away, before shooting her multiple times. She died at the scene, and the deputy suffered minor injuries from falling down as he tried to retreat.

"The deputy in this incident was an 8-year veteran of the sheriff's office currently assigned out of our l-B substation," Shelton said.

But this was not the first time the sheriff's office responded to Nuufolau's home. She was arrested in September after her husband called deputies to report that she was threatening to kill herself. They say she confronted them with two large knives.

"After approximately a 90-minute standoff, deputies were able to use a less-than-lethal device in conjunction with a sheriff's K-9 to subdue her," Shelton said of the incident.