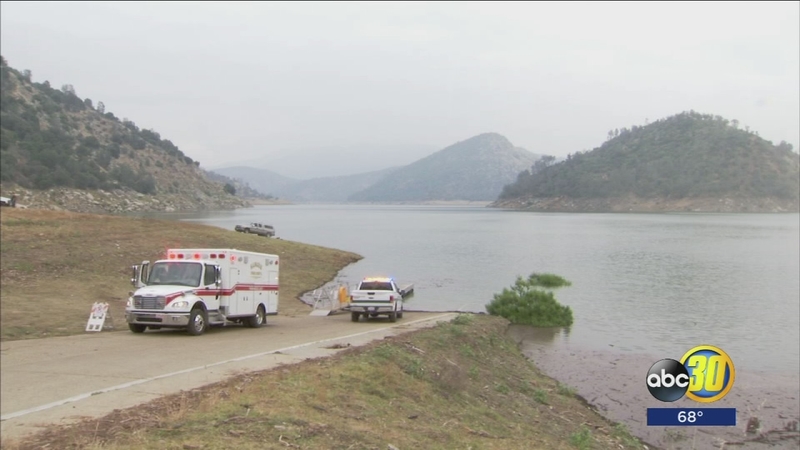 At Pine Flat Lake, a quiet evening turned into chaos and confusion. A married couple in their 70s disappeared on a boat in the upper Kings River.

Deputies estimate the two weren't found until two hours later when another group found the debris and directed deputies to the scene.

"The helicopter found the debris field, and then my two boating units also arrived on scene at the same time," Sgt. Rob Dutrow with the sheriff's office said.

Authorities say the boat struck a rock and the two were injured in the collision, and by the time they arrived, they say the female boater was dead. The woman's husband was rescued, brought to safety, and then airlifted to a hospital.

"He complained of pain," Dutrow said. "Had some scratches some bruises, but seemed fine - conscious and breathing."

You can be fined hundreds of dollars for getting into the river below. However, the lake and upper Kings River are open but the danger still remains.

"Part of the reason the Kings has been closed is for safety purposes," Dutrow explained. "Same thing up here. We want people to enjoy it and to recreate, but we want them to do it safely. Even when everything is done safely, there's still accidents."