Deputies responded to reports of a fight at Main Street and Court Avenue just before midnight.
KFSN 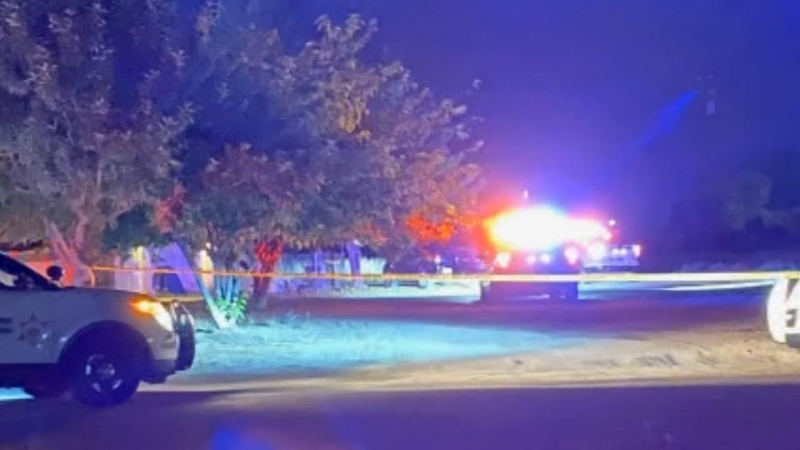 FRESNO, Calif. (KFSN) -- Just before midnight on Monday, the Tulare County Sheriff's Office got a call about a fight with shots fired in the area of Main and Court in Pixley.

When they arrived, deputies found a 21-year-old man dead of a gunshot wound.

"We know that an unknown subject went to the residence, confronted the victim, started an altercation, which led to a shooting," Tulare County Sheriff's Sgt. Steve Sanchez said.

His girlfriend and one-year-old child were home at the time.

The girlfriend was interviewed but wasn't able to give a detailed statement.

Homicide detectives are still trying to pinpoint a motive for the fight and shooting, so they aren't sure yet whether it was gang or drug-related.

"We are trying to locate witnesses and still going through video surveillance to attempt to locate a vehicle," Sgt. Sanchez said.

Sgt. Sanchez says this is the first homicide in the Pixley area so far this year, and the fifth in Tulare County.