Photos from the scene show a large swathe of charred grass still smoking from what appears to have been a fiery crash.
KFSN 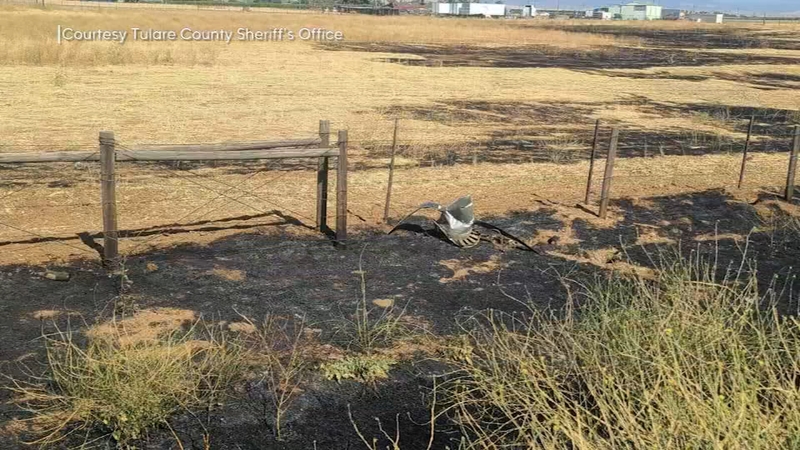 PORTERVILLE, Calif. (KFSN) -- A man was killed after a plane he was piloting crashed near Porterville on Saturday afternoon.

The Tulare County Sheriff's Office says the crash happened before 3 pm on Saturday in an area east of Highway 65 and south of 120.

According to the Federal Aviation Administration (FAA), the multi-engine Cessna 336 had taken off from Porterville Municipal Airport with one person on board.

It was heading to Shafter, California.

Deputies say the tower lost contact with the pilot about nine minutes after takeoff.

Photos from the scene show a large swathe of charred grass still smoking hours later from the fire sparked when the plane hit the ground.

Debris from the crash was scattered throughout the field.

Investigators from the National Transportation Safety Board are expected to get to the scene on Sunday morning.

They will conduct a thorough investigation on the ground and will be able to figure out what caused the plane to go down.

Authorities have not identified the pilot yet.