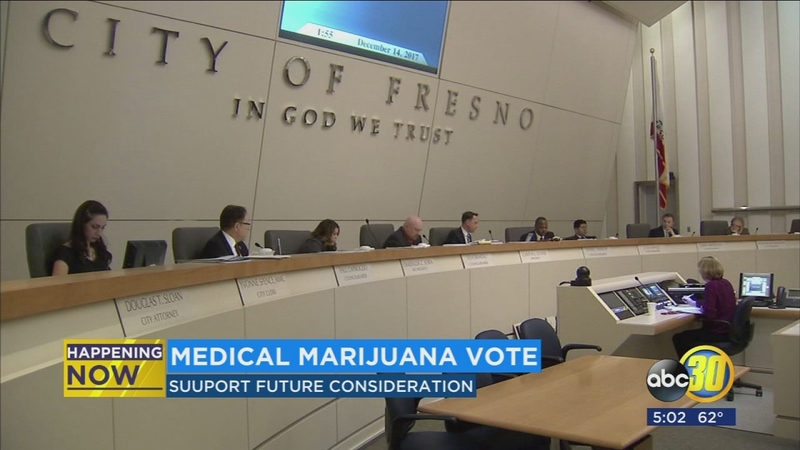 FRESNO, Calif. (KFSN) -- The vote was a victory in that it allows the council to start talking about allowing medicinal growing, processing and sales in Fresno.

It opens the door to a subject the council had previously voted to ban even talking about.

After a heated argument over whether the real goal was to open the door to recreational use, the council unanimously agreed to support future consideration of allowing medicinal growing, testing and selling.

"This is not in any way the final time we are going to debate or discuss this. This is simply an initiation," said Oliver Baines.

Both Fresno's Police Chief and the District Attorney argued against opening the door to any marijuana use. It is not clear when the council will actually vote on allowing medicinal use, but the stage is set for the conversation to begin.

While California has allowed medicinal use for 20 years the state has left it up to cities and counties to decide if they want to allow medicinal or recreational use. On January 1st, many cities, including Los Angeles and San Francisco will begin allowing all forms of marijuana sales to adults.