Their visit included lunch with donors at Harris Ranch in Coalinga, a speech from Karen Pence to military spouses at Naval Air Station Lemoore and a final speech by the Vice President at Freitas and Sons Farms outside Lemoore to push for a new Mexico Trade agreement that he says Congress needs to pass.

The event at Freitas and Sons Farms started with a panel discussion about a new Trump trade proposal involving the US, Mexico, and Canada called the USMCA.

It would effectively replace NAFTA.

"There's nothing fundamentally wrong with NAFTA," said Delano farmer John Pandol. "It just needed to be updated to service the economy. For example, intellectual trade. At the time, Mexico did not have a body of law to deal with intellectual trade. Now that's a big deal. Our patented varieties of grapes bred right here in the Valley both for Mexcian growers and exports."

After his speech to an excited Central Valley crowd, he told reporters USMCA would be a win for agriculture and business in California and across the country.

"We're calling on the Congress, we're calling on Speaker Pelosi here in California to heed the voice of these farmers, recognize the tremendous opportunity that we have to expand and grow our agricultural economy and ratify the USMCA this year," said Vice President Mike Pence.
Report a correction or typo
Related topics:
politicslemoorehanfordvice president mike pencepolitics
Copyright © 2020 KFSN-TV. All Rights Reserved.
POLITICS 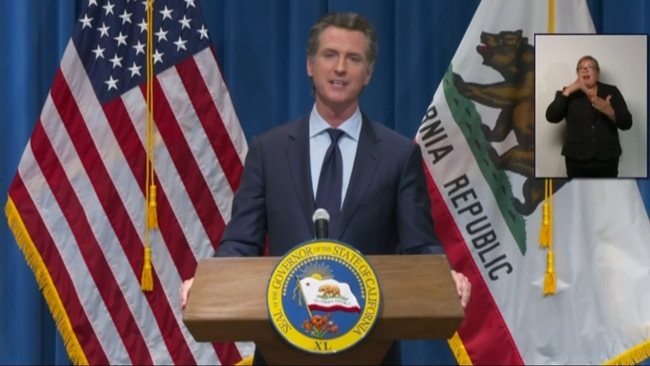