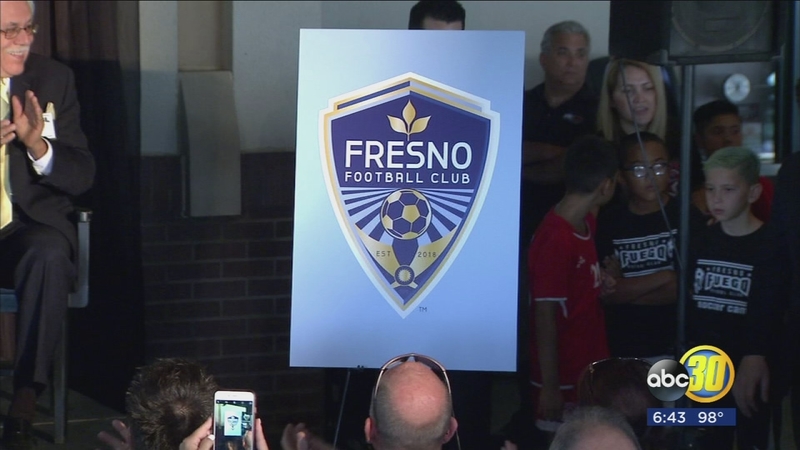 FRESNO, Calif. (KFSN) -- It was a monumental day for local soccer fans-- supporters young and old watched on Wednesday the unveiling of a new professional soccer team that will call Fresno its home.

Beshoff will not say the exact amount it took to bring pro soccer to the Valley but the investment was in the millions. The expansion franchise will be called the Fresno Football Club and will be a part of the 32 team United Soccer League.

"It takes a long time for approval on any professional sports franchise-- they don't just hand them out. You got to have a passionate fan base and somewhat potential to do great," said Ray Beshoff, Fresno Football Club Owner.

The Fresno Football Club will look to build on the excitement created by the Fresno Fuego and its passionate supporters.

Nick Duong, a local soccer supporter, said," It really shows that we've been building a great thing with Fresno Fire Squad and Fuego; that we can get people to come in and buy into our community, so it's very exciting we're looking forward to next year."

The club will operate with a multi-million dollar budget and will play in a league that is considered one notch below major league soccer, but far and away more competitive than what Fresno Fuego fans are used to.

The team has plans to sign impactful players this off season that could help on the pitch and with ticket sales.

The Fresno Football Club General Manager, Frank Yallop, said, "I have my feelers out right now for one or two good Mexican players. The market will love it and that's the important thing."