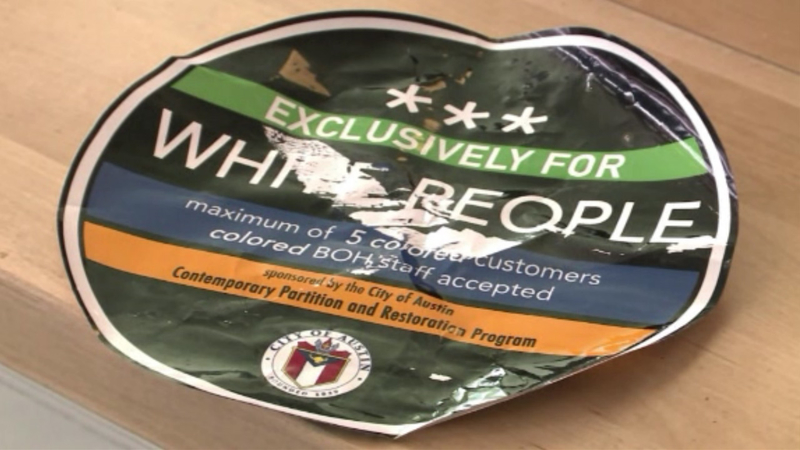 AUSTIN, TX -- Someone tagged several east Austin businesses with stickers that say, "Exclusively for white people," and now Austin police and the mayor are looking to charge whoever is responsible.

Investigators said that the stickers have the City of Austin logo on them, but they did not put them up. A spokesman for the city told KEYE News that it is an improper use of the city's logo, and said that they will be watching closely for more of the stickers to appear.

A statement from the city released Wednesday reads, "Between midnight and 7 a.m. today, a number of local businesses in East Austin were defaced with a racially offensive sticker... The City is closely monitoring local businesses for additional instances of defacement and will take appropriate action should further instances arise."

Austin mayor, Steve Adler told KEYE News that the stickers were a horrible representation of the city and its citizens.

"This is an appalling and offensive display of ignorance in our city. Austin condemns this type of hurtful behavior. Our city is a place where respect for all people is a part of our spirit and soul. We will keep it that way," Adler said.