KFSN
By Dale Yurong
FRESNO, Calif. (KFSN) -- Northeast Fresno residents dealing with rust-colored water hoped to soon have some answers to their problem. The City of Fresno said the problem was not with the water which it supplies. Ultimately residents may have to pay for some household repairs.

Micheli's home was one of twenty the city crews took water samples from.

He said, "You usually see what's coming out and then if I think it's clear then I'll fill my glass up."

Samples from the first five homes showed evidence of corrosion with trace amounts of iron, zinc, copper and even lead in three of the cases. Micheli was concerned even if the water was deemed safe to drink. "I guess so but a little bit's okay as long as it's not too high."

Public Utilities Director Tom Esqueda said the water at the city plant, groundwater wells and even pipes leading up to the sampled homes all checked out okay. Esqueda explained, "Based on that, we thought okay something is happening inside the house. Is it a fixture issue, you know the fixtures you use to turn on and off water? Is it a plumbing issue, the types of material used to get water around the house? Is it a fitting issue?"

Esqueda said iron was the most likely cause of the water discoloration. The age of the home could be an issue as well. The state was also investigating the water problem. Kassy Chauhan of the State Water Resources Control Board told reporters gathered at Fresno City Hall, "The most recent results from 2015 indicate no presence of lead. All levels were below the detection limit."

Esqueda will now share the city's findings with residents though some worried they'll have to pay for repairs to clear up their tap water. Micheli said, "I don't know if we'll get a resolution out of it. It will probably fall back on us but at least they're aware of it and trying to correct it."

The city has also switched over the neighborhood's water supply from surface water to groundwater to see if that might make a difference. The reasoning behind the move was the water from snowpack is "softer" and more likely to pick up traces of copper or iron as it is delivered into homes. 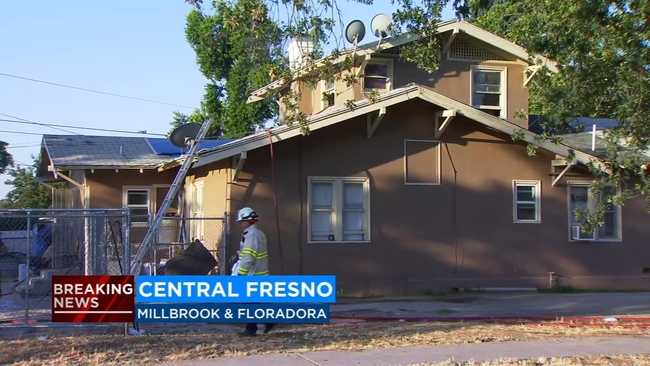