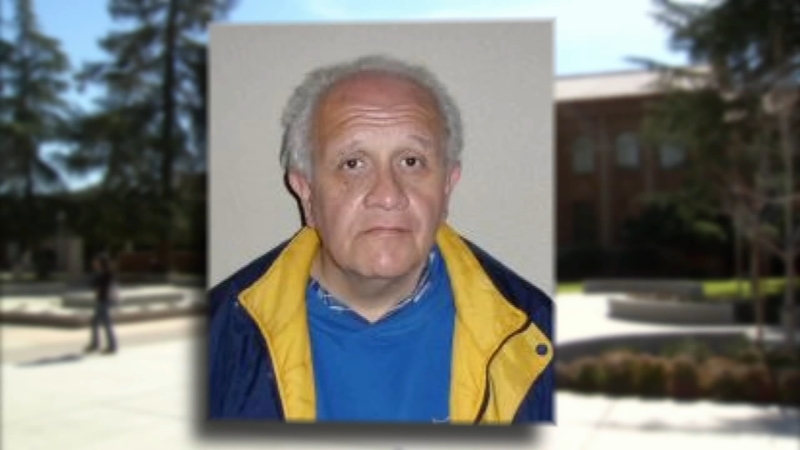 FRESNO, Calif. (KFSN) -- A Fresno man with a history of groping college students may have escalated his sex crimes.

Colleges in the Valley have plastered his face all over campus, and for good reason.

He has more than a dozen sex crime convictions, mostly misdemeanors, but in November police think his crimes have graduated to a much scarier level.

"In the middle of the night, about 1:30 in the morning she realized there was somebody inside of her apartment and that person was touching her inappropriately," said Sgt. Jim Koch of the Clovis Police Department.

The victim chased the groper away and police caught Tafoya at a nearby bowling alley about two miles east of the Fresno State campus.

Detectives found evidence putting him at the scene and traced his steps back to the break-in.

Investigators believe he went to her bathroom first and he wrote on her mirror. The message? "How bad".

The message only appeared after she took a hot shower when detectives left. She told police it might not have been his first time in her apartment because she'd noticed money missing, cabinets left open, and another message was written by a finger on a window.

Seven years ago, a forensic psychologist told Action News Tafoya has a sexual disorder he's acted on for decades. He predicted more crimes and more victims.

But breaking into a home would be a new element for the 55-year-old sex offender.

"And it does appear that each time things are getting worse and worse," said Sgt. Koch. "And if you break into somebody's house in the middle of the night, that's horrible."

Despite repeated convictions, Tafoya has never served more than three years in prison for his crimes.

"When you have somebody who is a serial groper like this, which -- these are mostly charged as misdemeanors -- from a prosecutorial standpoint, are you looking to get him on a more serious charge at some point?" an Action News reporter asked.

"You should be," said legal analyst Tony Capozzi. "There's no question about it. If this has gone on a number of times, I think you have to elevate the crime."

Prosecutors charged Tafoya with first-degree burglary this time, along with sexual battery, so he's facing up to 17 years in prison.