Sinkhole opens on Highway 41 in Coarsegold 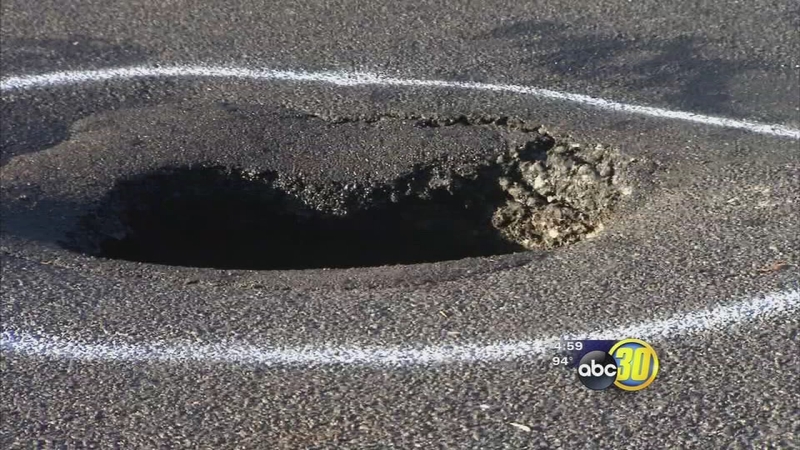 Sinkhole opens on Highway 41 in Coarsegold

COARSEGOLD, Calif. (KFSN) -- It wasn't a sinkhole that swallowed Coarsegold Wednesday but it was more than just a pothole. It was a definite hazard that is still being repaired.

"A pedestrian noticed there was something wrong with the road," Cory Burkharth with CalTrans said. "The pedestrian called the highway patrol, local crews were here to fix it within 15 minutes."

Fortunately, nobody drove into the 8 foot by 10 foot hole but Sgt. Mike Shelton says he went over it sometime before it completely collapsed.

"I'm just blessed I didn't do any damage but I hit the big pothole," he said. "CalTrans crews squared off the hole then filled it with cement."

The work attracted a lot of attention in the small community, and Jack DeHeyr thought it was mighty peculiar

"Kind of strange," he said. "We hear about all of them across the Midwest, back east, all the big sinkholes the house falls in with the owner inside."

"Not that bad here though?" an Action News reporter asked.

Jack speculates the ground gave way because that part of the road is the site of the old town well, but CalTrans figures it was from water seeping under the road through an old cable trench.

Traffic was diverted into a turn lane without much incident and nobody fell into the hole.