The City of Fresno has been granted approval by the state to take control of regulating mobile home parks in the city.
KFSN
By Jessica Harrington and ABC30.Com Staff 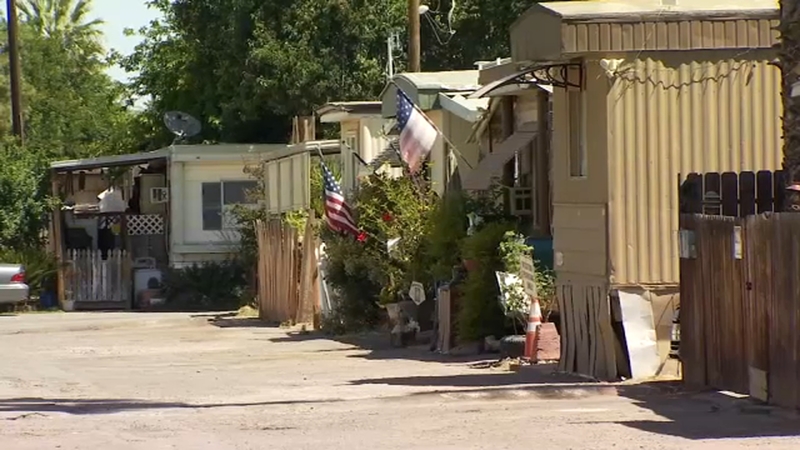 Fresno can take over responsibility of regulating mobile homes

FRESNO, Calif. (KFSN) -- Mobile home parks across Fresno are about to come under the authority of city officials, instead of the state.

Local leaders asked for responsibility following two fires, one of them deadly, at the Trails End Mobile Home Park.

Officials said this transition of power will not slow down their efforts to improve conditions at Trails End Mobile Home Park.

The mayor says they are ready to improve the conditions at mobile home parks across the city so residents can live safely and comfortably.

"It's bittersweet in the sense that we're going to have authority now. The bitter part is that maybe it happened a little too late," said Mayor Jerry Dyer.

The City of Fresno received authorization from the California Department of Housing and Community Development (HCD) on Wednesday, allowing the city to enforce code enforcement violations within mobile home parks.

The transition of power came after two fires at the Trails End Mobile Home Park in Northeast Fresno.

Both happened while the mobile home park's permit was suspended by the state.

"That entire mobile home park is a disgrace to the City of Fresno and many of those violations that are in there have not been addressed for many, many, many years," Dyer said. "So, I know our code enforcement folks are going to be very busy. They do a great job with what they do."

City officials claim HCDD never notified them to send code enforcement in to clean up the property, even though the park's permit to operate was suspended in January.

Mayor Dyer said by having the city take over the state's authority, they can avoid miscommunications like this in the future.

"You can rest assured that we're going to be very proactive and aggressive of how we address mobile home parks in the city," Dyer said.

"Monday HCD plans to have inspectors out there and we will have 30 people out there both to do inspections and have abatement crews ready to take care of any hazardous conditions," Sloan said.

For residents who live at Trails End Mobile Home Park, they received flyers Thursday about a community meeting next week.

They say it's a welcome reassurance that the city is coming to help.

Eleodoro Robles who lives at the mobile home park said it's going to be a great, big change.

The city is meeting with HCD Friday to discuss the transition.

The state expects to turn over full responsibility to the city in around two weeks.