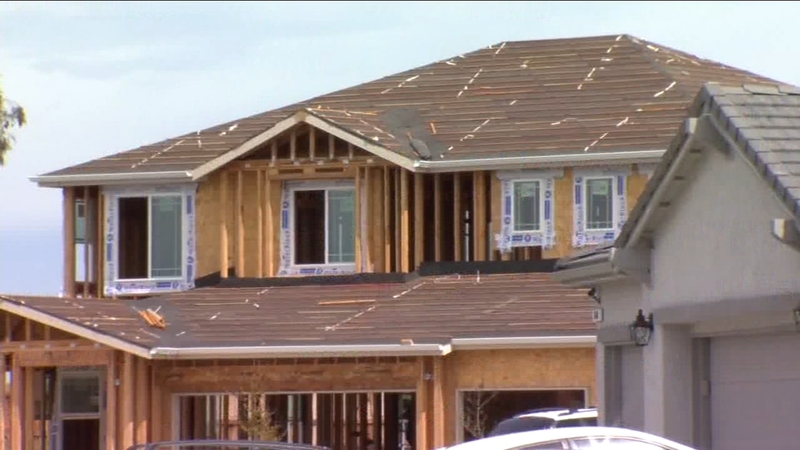 LIVINGSTON, Calif. (KFSN) -- Most of the homes in progress in Livingston aren't even close to being finished. But many of them have sold before the concrete even has time to set.

Despite a statewide housing shortage, the city of Livingston sees tremendous growth with new home construction, and there are four new developments in progress around the city.

Dozens of new homes are underway in a neighborhood east of town.

He says the homes are a little pricier than the surrounding area at an average of about $300,000.

Ramirez is hoping with all this new growth comes a new platform for transportation.

"There's at least 700 people from Livingston who actually travel every day to the Bay Area to work," he said. "I had a commuter study because we're interested in the ACE train landing, and having a platform here in Livingston."

City officials say it's a great sight to see after not having much construction since the recession.

But now there's a new problem: Livingston is now running out of space to build.

Mayor Gurpal Samra says he's hoping to reach a tax sharing agreement with Merced County to be able to annex land in the future.

"It's getting to the point where we are running out of room to grow," he said. "Hopefully we can meet somewhere in the middle because that's going to be the only thing holding us back."

The city manager said they might be able to keep building at this rate for about a year until they run out of space.