Raider Nation out strong in Fresno during Monday Night Football 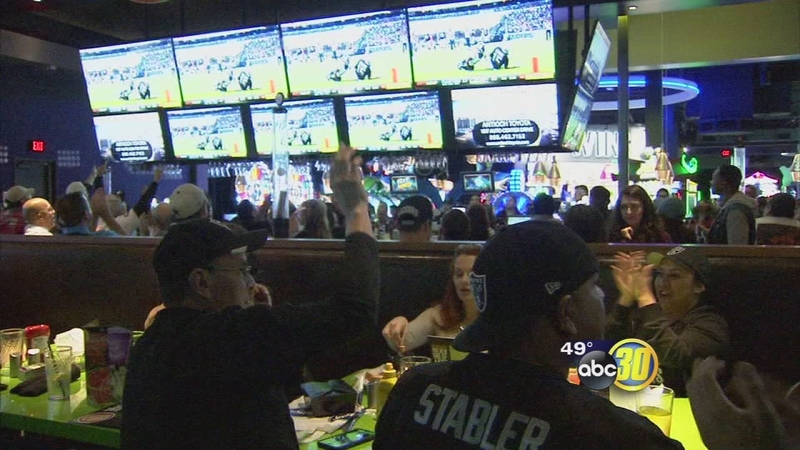 Raider Nation out strong in Fresno during Monday Night Football

FRESNO, Calif. (KFSN) -- A historic game for the NFL ended in a hard-fought victory for the Oakland Raiders. Derek Carr and his team faced off with the Houston Texans in Mexico City, in the first international game there since 2005.

For many Raiders fans, it's a weekly ritual to wear silver and black."

And on a night of historic proportions, former Fresno State QB Derek Carr led the faithful.

"Carr's doing awesome," Raiders fan Jesus Ramirez said. "They need to sign him and him like a franchise quarterback."

"I watched him through college at Fresno State and now he's on my team," Ruben Vargas exclaimed.

Playing almost a mile-and-a-half above sea level in Mexico City Monday night, the Raiders and Texans fought the elevation and each other. High off the excitement, though were members of the Raider Nation.

"If they go to the Super Bowl, man that would be like another dream come true right there," Ramirez said.

It's hard to miss a play with when you're surrounded by dozens of screens, and it could be the reason why Dave & Buster's is becoming a Raider Nation hangout.

"We've only been open about a month, but every week we've had Raiders fans and Raiders guests in force," assistant general manager Jason Del Campo said.

Now 8-2, this winning season is a nice turn of events for supporters who've seen some rough times.