Team of the Week: Kingsburg Vikings 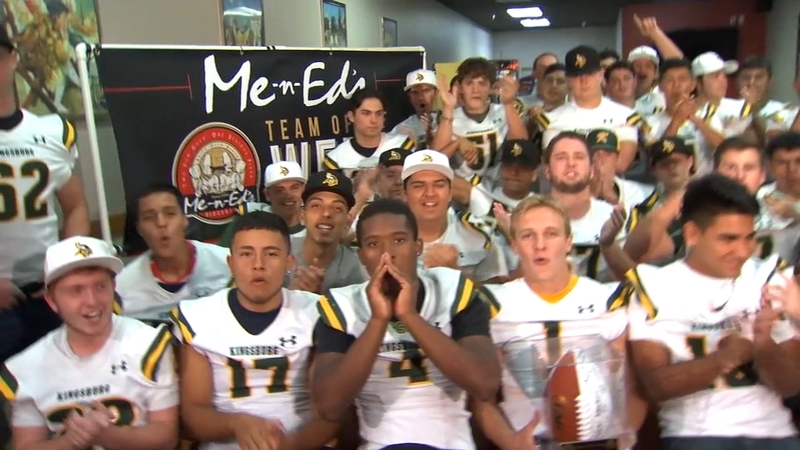 Team of the Week: Kingsburg Vikings

FRESNO, Calif. (KFSN) -- They're not just one of six local teams who remain unbeaten, they're off to their best start since 2010. This week's Me-N-Ed's team of the week is the Kingsburg Vikings.

"We're rolling at this point and we're just hoping to keep it going this week," said head coach David Wilson.

"We've put in a lot of work this offseason, even the past couple years we've been working hard. 6-0 is kinda justs like a paycheck the season is not over," said running back, Blake Spomer.

Kingsburg has recorded two shut out wins this season with the help of their leaders on defense. Senior defensive end Josh Jackson says his teammates have been working hard as a group.

"Intensity, we really work together, fly to the ball, we're really rolling want to keep it up," he said.

The Vikings will be tasked with playing back-to-back league games on the road. They take on the Cavaliers of Visalia who are riding a four-game win streak after the return of running back Jaalen Rening.

"They have a really good RB so that's the guy we have to key on but they're also really big and physical. They have a winning tradition over there it's a tough place to go play at," Wilson said.