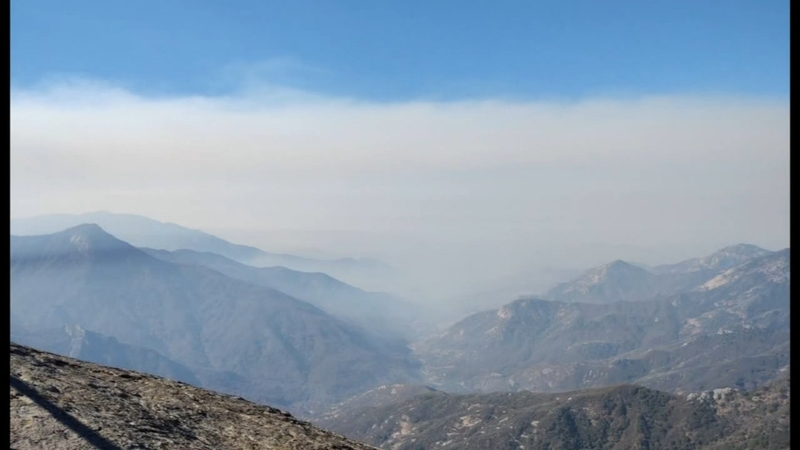 FRESNO, Calif. (KFSN) -- There has been an invisible lid over the SQF Complex in recent days.

Created by a high-pressure system, the cover has been holding a thick layer of smoke over the wildfire.

That haze has made flying difficult and dangerous, so there's been limited use of the aerial resources currently assigned to the fire.

Most are staged at the Porterville Air Attack Base.

"The problem right now is that we've been smoked in so much," SQF Information Officer Daron Wyatt said. "And it really is a result of the east, southeast winds that are pushing the smoke up into that northwest corner where we really need to get the air assets in. But as we watch the weather, we'll be watching really minute by minute to where we can get those assets in to attack that fire."

As the high-pressure system breaks down, fire officials expect the smoke lid could soon lift.

At first, this may cause large columns of smoke to billow into the skies over Tulare County.

But it could eventually clear the way for a more aggressive firefight from above.