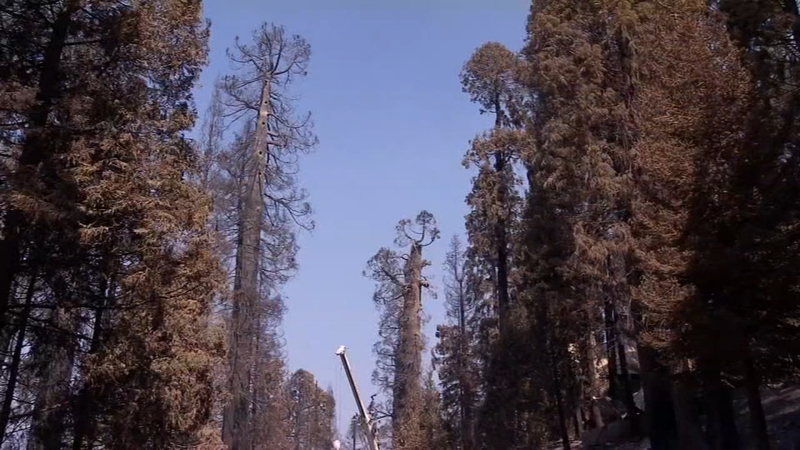 FRESNO, Calif. (KFSN) -- Editor's Note: Fire officials previously told Action News that the trees being worked on were already dead before the SQF Complex. The U.S. Forest Service has since clarified that point, saying the following on Thursday.

"The giant sequoias in question had visible burn scars from prior wildfires, however they may have still been living," Forest Service Public Affairs Specialist Denise Alonzo said. "Past studies have shown that giant sequoia trees can survive from wildfire of different severities."

Our story follows below.

Countless trees have been burned by the Castle Fire, part of the SQF Complex.

Now considered hazardous, many will need to come down, or trimmed before residents of communities like Sequoia Crest can come back.
Unfortunately, that includes several Giant Sequoia trees along Alder Drive.

The ancient trees were charred by the Castle Fire's flames, and that has created a risk.

Their limbs-many larger than their neighboring trees-could come crashing down.

The work was slated to start earlier this week. But this isn't just any project.
These are the largest trees on earth-and crews need very large equipment to work on them.

"We tried to bring in a 100-foot crane which turned out to only go up a little bit less than halfway up the tree," Chase said. "So we brought in the big boy today."

On Wednesday, it lifted this contracted tree climber to staggering heights, giving him an opportunity to assess the situation before he breaks out the chainsaw on Thursday.

"It's a big operation," Chase said. "A lot of professionals out here. We've taken almost two weeks to get this operation moving just to have all our ducks in a row before we actually start cutting down."

After the project on Alder Drive is complete, crews will try to save a living Giant Sequoia by using a hose to flood the tree from the top.
Report a correction or typo
Related topics:
tulare countysqf complex firewildfire
Copyright © 2021 KFSN-TV. All Rights Reserved.
SQF COMPLEX FIRE 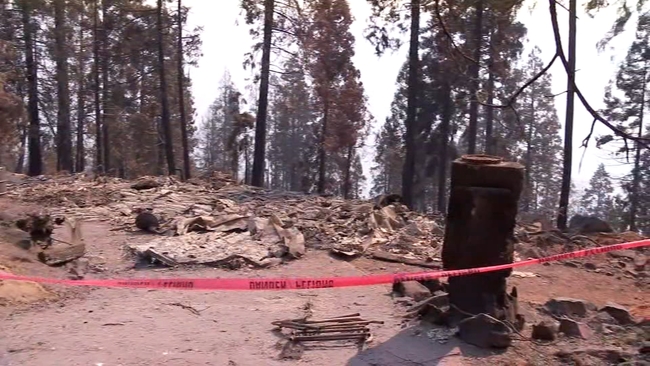