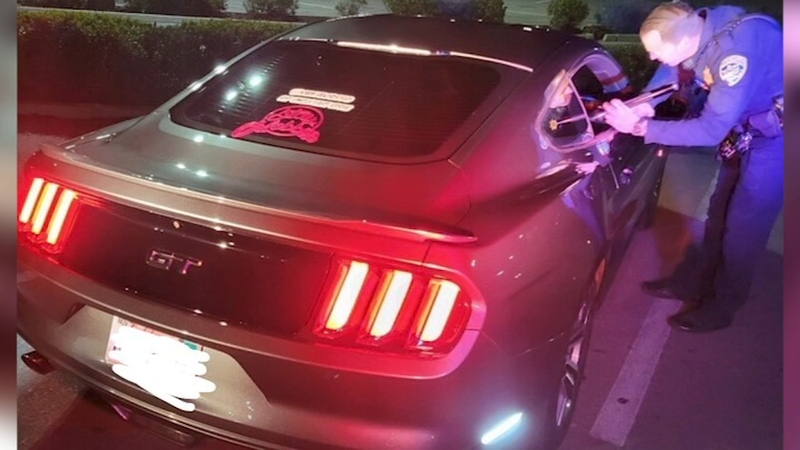 Multi-agency operation cracks down on street racing in Fresno County

FRESNO, Calif. (KFSN) -- It seems that every weekend, the videos are posted on community pages and social media of sideshows and street racing on roads across Fresno County.

Over the holiday weekend, a multi-agency operation broke up and even possibly prevented dangerous driving across the county. Officials say they received intel prior to the weekend that street racers from southern and northern California would be meeting in Fresno.


"Their intent was to come to Fresno and take over our streets here in the city," said Sgt. Michael McCray.

Fines range from a couple hundred to a couple of thousand dollars.

"Fresno is not an area for you to come and do this," said Sgt. McCray.

Officials say they put a stop to illegal racing and sideshows all over Fresno, Clovis and as far south as Fowler.


"Over 40 vehicles that are going to have to get sent to the CA Vehicle of Automotive Repair for a referee to see if their vehicles are legal, to get them back to being legal," said McCray.

Modifying exhausts and engines back to what is legal could cost upwards of $10,000.

"It's definitely a concern, said Arnold Peters, whose parents live close to Herndon Ave. in northwest Fresno. It's an area infamous for racing and speeding.

"People don't have a chance when you are going that fast. That's what is scary about it," he said. "Whenever my parents go anywhere, they come through here."

He says while he appreciates the crack-down effort by officers, he thinks real change will come when the drivers have somewhere they can go legally show of what their cars can do.


"Yeah, you'll stop these guys but then the next cars come along and they will be bigger, badder and faster," said Peters.

Fresno City officials have touted a potential racing track on the west side of town, but the project wouldn't become reality for several years. In the meantime, Fresno Police says to keep calling in complaints.

"We are here, we have heard your voices and we are here to address the issues and concerns that you have and you call in each and every day," said Sgt. McCray.