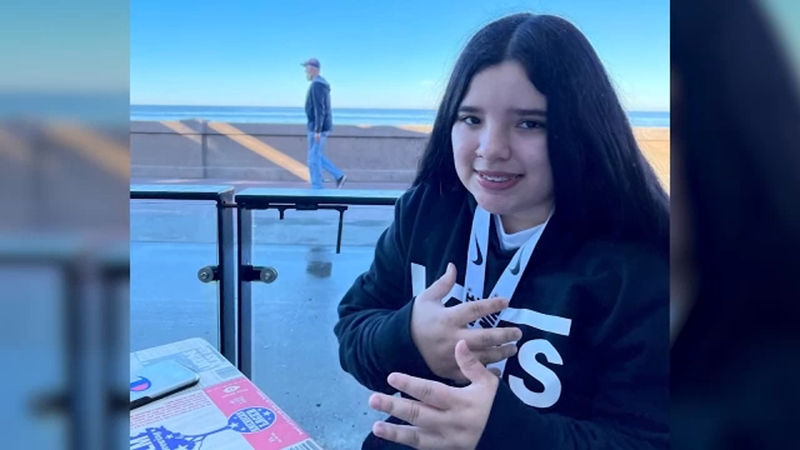 FRESNO, Calif. (KFSN) -- A suspected DUI crash in northeast Fresno cost a 15-year-old girl her life and resulted in life-altering injuries for two other teens in the car.

"She had her whole life ahead of her and now she doesn't," said Dalia.

Instead, her mother is now planning Lily's funeral.

"I don't even know where to start. You don't ever think as a parent that you will have to bury your child," she said. "But here I am, burying my child because of another person's actions."

Police say Lily was one of seven teens crammed into a Honda Civic headed down Barstow Ave. around 1 am early Monday morning. They say the car swerved across a sidewalk and hit a tree.

Lily was one of five teen passengers pinned inside when officers arrived. She died at the scene. Two others were taken to the hospital in critical condition.

"One has a spinal injury and they are paralyzed from the waist down," said Fresno Police Sgt. Bill Dooley. "The other is in critical condition with a brain bleed."

Officers have reviewed surveillance video of the crash and say two people in the car ran from the scene, including the driver.

"I'm still in shock. I don't really believe that all of this is going on. I know that she is not here and I should be picking her up from her friend's house to bring her home because she has school tomorrow," said Dalia. "I can't ever do that again."

Dalia says Lily was spending the night at a friend's house, a fellow Hoover High student whose parents she had come to trust. She last heard from her daughter around 10 pm Sunday night.

"She's a good kid and we always told her no matter what situation you are in, if you feel unsafe, call us. We will talk about it in the morning but we want you home safe," she said.

Monday night, loved ones gathered around the scene of the crash remembering the girl who loved to skateboard and hoped to become a veterinarian one day.

"This isn't fun and games anymore," said sister Julieta Romero. "If you are going to be rebellious, do it at home but don't put other people's lives at risk."

Dalia says all she can hope for now is justice.

"They need to be held accountable for their actions," she said. "They caused my daughter's life to be taken from us."

Fresno Police say anyone found to have supplied alcohol to these minors could face criminal charges as well.

The Fresno Unified School District says it has developed a plan to support students at school throughout the week as Hoover High copes with the loss.