Despite multiple crashes, guardrail on Highway 180 not warranted, CalTrans says

KFSN
By Sontaya Rose
FRESNO COUNTY, Calif. (KFSN) -- Another crash on Highway 180 in eastern Fresno County has prompted questions about the lack of a guardrail along the strip that's been the scene of a handful of serious crashes over the past few months.

The latest collision happened Saturday around 8:20 p.m. on Highway 180 near Academy.

Officers say Julio Elenes was driving drunk when he crossed the center median and slammed into four cars. The driver was headed westbound when investigators say he careened into eastbound lanes.

"From there he fled the scene. From witness statements, we got a really good description and we apprehended that suspect, Mr. Julio Elenes, approximately a mile and a half away," said Victor Taylor with California Highway Patrol.

An off duty Fresno police officer died last month when officers say he was struck head-on by a wrong-way driver. The driver, Cameron Pryor also died in the crash.

Earlier this month, Timothy Butler was also arrested for driving under the influence on Highway 180 near DeWolf. CHP officers say he caused a seven-car rollover accident when he hit the back of a slower car, lost control of his vehicle and crossed over the center median. Several people had major injuries including two children.

RELATED: Two killed in head-on crash on Highway 180; drugs may have been factor

The area where all three crashes occurred does not have guardrails. CalTrans says those barriers are usually placed along stretches of road that meet several different criteria. The factors include a crash frequency that's not caused by drivers who are impaired or distracted, daily traffic flow and the width of the lanes and median.

"The frequency of collisions is alarming, however, if it is determined that driver behavior isn't a factor then we will look into the reasons why those collisions are occurring," said Sam Yniguez, spokesperson for CalTrans. "And then based on that study the traffic division will recommend any type of safety measure."

On Highway 180 and McCall the median stretches 62 feet wide. For a barrier to be warranted there, the traffic flow would need to be about double what it is now. At last check about 27,000 cars pass through this area daily, but that's not enough based on the guidelines to get a guardrail.

"Installing concrete barriers when they're not warranted could also hinder the safety aspect because those wide medians are there to allow people who may have been distracted or run off the road to maybe find there bearing and maybe safely get back on the road," he said. 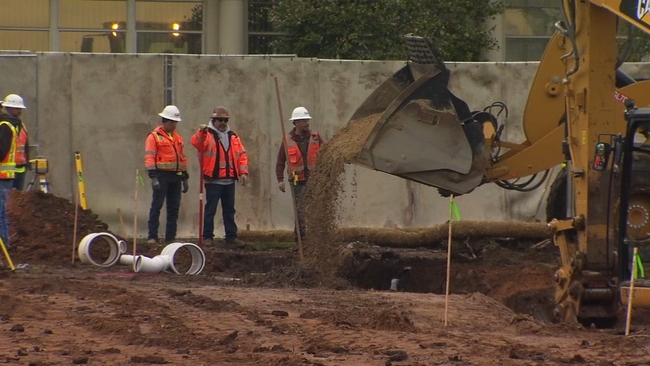 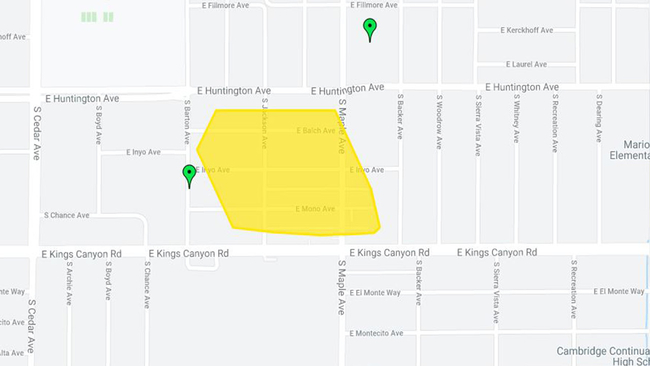