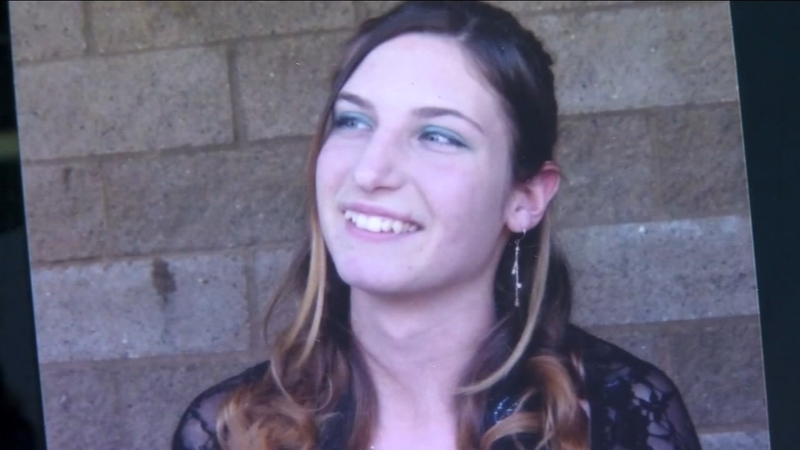 FRESNO, Calif. (KFSN) -- As she fought back tears, Jennifer Cunningham, urged grief-stricken loved ones to not give up on justice for Katherine Cunningham.

"Right now it's whatever we can do to help," said the victim's mother Jenifer Cunningham.

It was March 3rd when Katherine Cunningham's body was found decapitated in Camano Island Washington.

The 26-year-old was found near a bunker loaded with guns and ammunition--the prime suspect, nowhere to be found.

"Until they find Jacob we don't even know what the next step is how long it's going to be," said Cunningham.

It has been almost six months since the Cunningham family received the life-altering call.

"We don't have the person who's done this so that's the most frustrating part is the waiting still," said the victim's sister Emma Cunningham.

A nationwide warrant is out for the arrest of Jacob Gonzales.

He has been missing ever since Cunningham's body was found.

Island County Investigators say DNA found on the handle of a Samurai Sword matched his DNA and the blood found on it matched Katherine's.

Gonzales is believed to be hiding in the San Joaquin Valley Area.

He is described as a 5'9 Hispanic man with dark hair, hazel eyes weighing 150 pounds.

"She wasn't only my first child. I actually hand delivered her that day so it's tough," said her father Paul Cunningham.

In a vigil held to honor Katherine's life, friends and family gathered to remember her love of animals and caring for the elderly.

"You get this atrocious phone call and you think it can't be happening to me and it definitely is," said Paul.