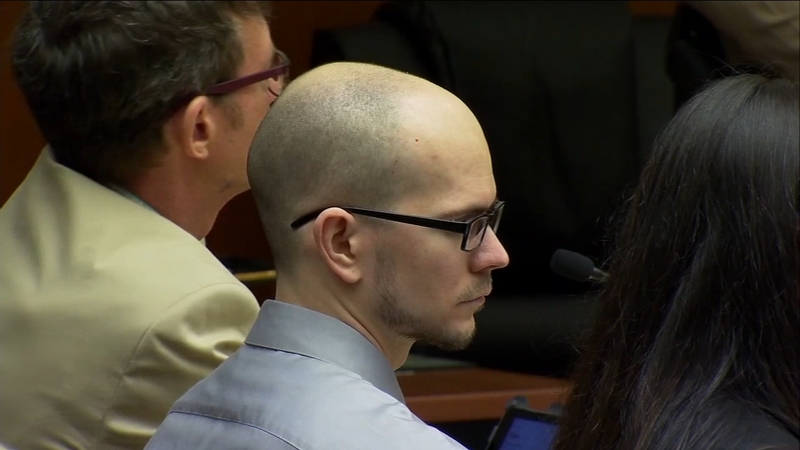 VISALIA, Calif. (KFSN) -- A Tulare County judge sentenced Aaron Rowe to 18 years to life in prison for killing his daughter in 2012. The child's mother, Courtney Johnson, is awaiting her sentencing next month.

After a Tulare County Judge sentenced Rowe to prison, the great-grandfather of Peyton Rowe shared a statement. Jack Hedrick said Aaron was always controlling towards his granddaughter Courtney Johnson, Peyton's mother, and has never accepted responsibility for Peyton's death.

Courtney, he said, stood by Aaron at first, but once she learned the disturbing details in the case, she agreed to cooperate with prosecutors, pleading to child abuse charges.

Medical examinations revealed Peyton suffered severe head injuries and numerous broken bones throughout her body-- some of them determined to be older.

"I think when Aaron is sent to prison, I think the inmates have their own justice system and we're hoping that he gets what he deserves with the prison justice system," said Hedrick.

A Tulare County judge sentenced Aaron Rowe to 18 years to life in prison for killing his daughter in 2012.

The Tulare County District Attorney's Office charged Rowe with first-degree murder and torture, which carried the possibility of a death penalty.

But after a long trial, a jury returned a guilty verdict of second-degree murder in July. The 28-year-old, who has already spent years in the Tulare County Jail, will now be transferred to state prison.

Aaron Rowe's Attorney, Clark Hiddleston said "Obviously he wanted to be acquitted. But he's got his appeals issues, so he's gotta go forward from here. He's a very positive person and so I'm sure he'll make the best of whatever is ahead of him."

"There's no denying that this is an extremely innocent person. There's absolutely no justification for the kind of violence that happened-- any violence at all would be wrong. And in this case, it was extreme," said Tulare County Assistant District Attorney David Alavezos.

During the trial, a child abuse expert testified that the extent of the baby's injuries could not be explained by a fall-- which Aaron claimed had happened at their Visalia home a few days earlier.

Rowe's defense team argued that Aaron was a loving father and that Peyton, who had Turner Syndrome, was a sick baby with fragile bones. Peyton, who was only a month and a half old when she died, has been gone for nearly six years, but her family believes she's in a better place.

"The only good to come out of this right now is we know that Peyton is a healthy little baby girl up in heaven in the arms of our Lord," said Hedrick.

Peyton Rowe's mother Courtney Johnson is out of custody and scheduled to be sentenced on October 5th. She faces a maximum of 10 years in prison.