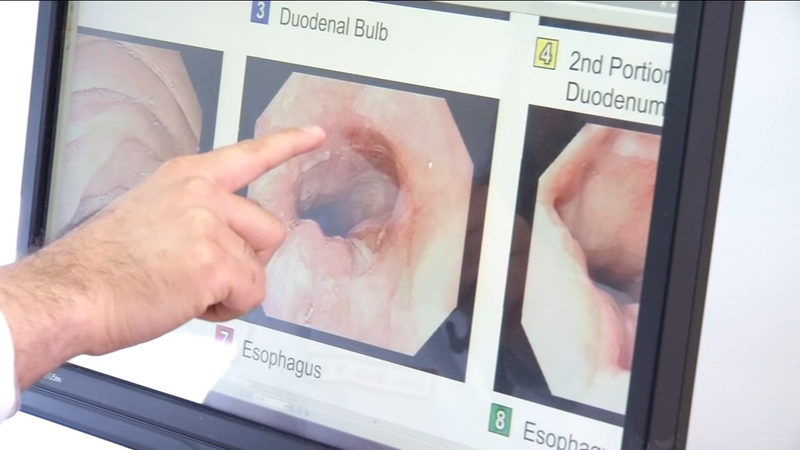 When a Philadelphia teacher experienced stomach problems, she chalked it up to acid reflux. But as it turns out, that reflux led to a condition called Barrett's esophagus, which caused pre-cancerous cells to develop in her digestive system. Doctors were able to identify those rogue cells with a new diagnostic tool called the WATS3D.

Sharon Daniels is a busy teacher who loves to cook and eat. But even when she started having frequent digestive issues, she didn't think much of it.

She finally sought medical help at the urging of a colleague, which turned out to be a very good thing.

"They found the source of what was causing the problem. The GERD and the pain and the pre-cancerous cells, because it was never even on my radar," Daniels continued.

Daniels had Barrett's esophagus, with abnormal cells that if not properly diagnosed, can cause cancer of the esophagus, which has a low survival rate. Her gastroenterologist performed an endoscopy, using this new tool called the WATS3D brush, which scrapes a large surface in the esophagus.

Zubair Malik, MD, a gastroenterologist at Temple University Hospital said, "With a brush, what it does, is it brushes against the Barrett's tissue, and you cover more of that tissue." (Read Full Interview)

This precision accuracy of the WATS3D identified the precancerous cells, which doctors treated with an endoscopy.

It's estimated the WATS3D brush increases the detection of precancerous cells by up to 80 percent, a significant improvement over other methods. And for Daniels; life is back to normal.