KFSN
FRESNO, Calif. (KFSN) -- The Central Valley is getting soaked.

Starting last week, California was hit with a cold system, one that's a little unusual for November.

"It's definitely colder than average for this time of year. Usually, we start to see that in December and January," said Brian Ochs of the National Weather Service.

As it approached, temperatures dropped, and in a matter of days, we went from the upper 60s to just 50 degrees on Thanksgiving.

The Valley saw rain, and of course, the foothills and mountains got snow.

After the "bomb cyclone" moved out, we were greeted with warmer storms.

"Going from October 2019 to September 2020, we are about approximately three-tenths of an inch below the average for Fresno," said Ochs.

However, that is not including Wednesday's rain, which means by Thursday we could be right around the normal - just under 2 inches.

Looking ahead for December, the Climate Prediction Center put out its outlook.

California has a good chance of seeing more rain.

But the three-month outlook is not so favorable.

"It doesn't mean it won't rain, or we won't get any snow. It just might be below the typical value," said Ochs.

This could eventually mean trouble out on the roads.

"If we don't get the low-pressure systems like we've been getting and we get more of the high pressure, that's usually more favorable for tule fog."

The Valley has already seen some bad weather-related wrecks this year, so whether we are seeing rain, snow, or fog, remember to take it slow out on the roads.
Report a correction or typo
Related topics:
weatherfresnostormweatherrain
Copyright © 2021 KFSN-TV. All Rights Reserved.
WEATHER 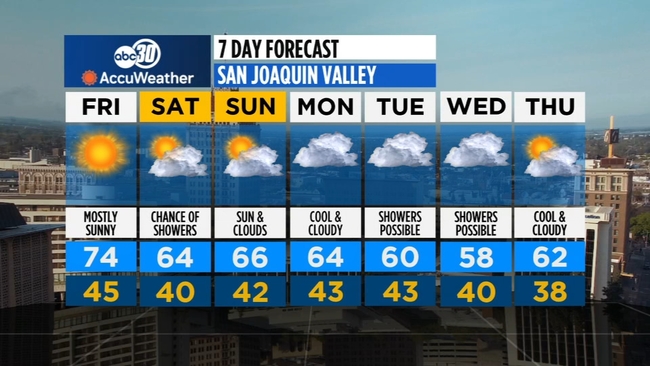 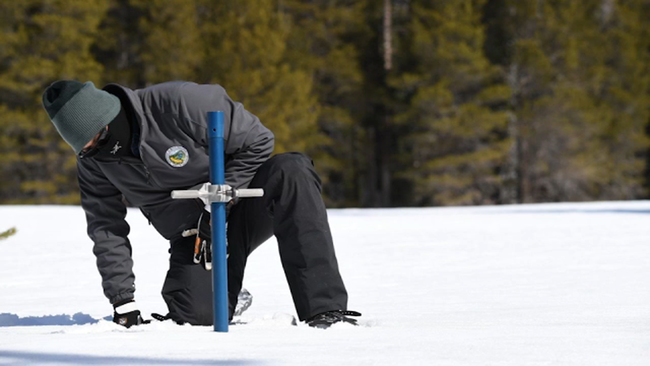