The woman was taken to a hospital. She is expected to be OK.
KFSN
By Gilbert Magallon and ABC30.Com Staff
FRESNO, Calif. (KFSN) -- A white car was stuck in a canal as crews tried to figure out how to remove it.

Moments before, a 30-year-old woman crashed into the canal after police officers say she fell asleep behind the wheel.

According to officers the woman hit a guard rail, which then sent her car careening into the water.

"It made a big, big noise," says Lonny Collins.

A construction worker, Collins heard the crash and rushed over to the canal.

By the time he got there, the woman had made her way out of the car on was holding on the roof.

"Current was strong, she was barely hanging on to the roof," Collins said.

Collins, along with his co-workers, rushed to help rescue the woman.

"The only thing we had was a two-inch fire hose," he said. "We tied a knot at the end of it and tossed it out there to her, and she grabbed it and we pulled her to the side."

By the time first responders arrived, the group had helped the woman out of the water.

She was taken to Community Regional Medical Center for treatment of minor injuries. Officers say she's lucky she escaped with her life.

"Only by the grace of God, she didn't actually get further injured," Cervantes said.

Investigators do not believe alcohol or drugs were a factor in the crash.
Report a correction or typo
Related topics:
fresno east centralfresno countycar crashcrash
Copyright © 2021 KFSN-TV. All Rights Reserved.
CRASH 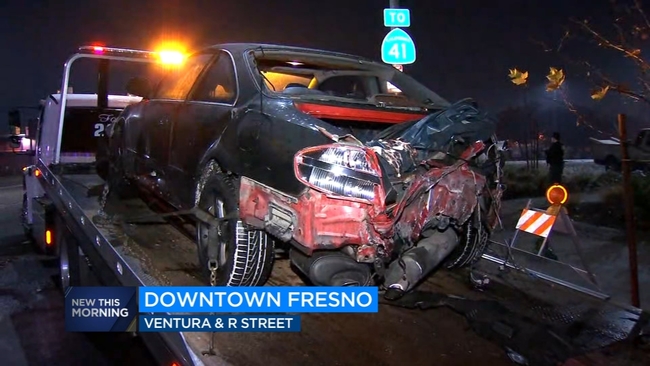 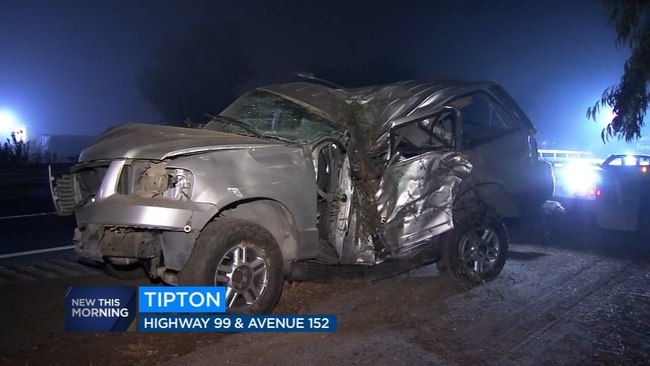