KFSN
By Sontaya Rose
FRESNO, Calif. (KFSN) -- Family members say an 84-year-old man who was killed last week was a well-known painter who had a big heart for those in need.

Chet Scharnick was one of 12 kids. He grew up poor and worked in the fields. So as an adult, he was good to those who had little.

"Some people have told me that, because of his upbringing, he was so giving and so generous, it was just his nature," said Jeff Scharnick, Chet's son.

The one-time star athlete at Sanger High even signed up to play professional baseball with the St. Louis Cardinals. But an illness that left him blind in one eye dashed his big league dreams.

So the determined young man traded in a bat for a paint brush and found a lifelong love in creating masterpieces. Over the decades, Scharnick left his mark all over the Fresno area.

"I think he painted just about every building downtown at one time or another. I painted the outside of Gottschalk's and Crest Theatre and my brother helped me paint the Crest Theatre and up on top, we found his initials. So my initials are next to his," Jeff Scharnick said.

A neighbor called Jeff to his dad's home Friday- where he discovered his father's death. Fresno County Sheriff's detectives say the victim was discovered less than 24 hours after he was last seen. They are not revealing how he was killed.

A Clovis woman, 40-year-old Katreeva Woolf, who is a family member of Scharnick, has been arrested and accused of killing him. She remains in jail being held for murder.

John Sherfy rented a unit in a duplex to Woolf, but evicted her in August after a series of bizarre incidents that ended a fire - that he claims she intentionally set.

"The bed was right here, she started the bed on fire," Sherfy says.

Sherfy claims Woolf was a model tenant for 10 years before she destroyed the unit-pulling out smoke detectors and cabinet doors, then called the Better Business Bureau and City of Fresno to report him. He said she turned on the gas before leaving the fire scene.

"She should have been in jail and I don't think her stepfather would have ever been killed. It's too bad," Sherfy says.

But instead of focusing on his horrific end, the Scharnicks are trying to remember all their dad was in life - the humble man who never bragged about his own accomplishments - on the athletic field or at work. His kids learned about his successes from others. 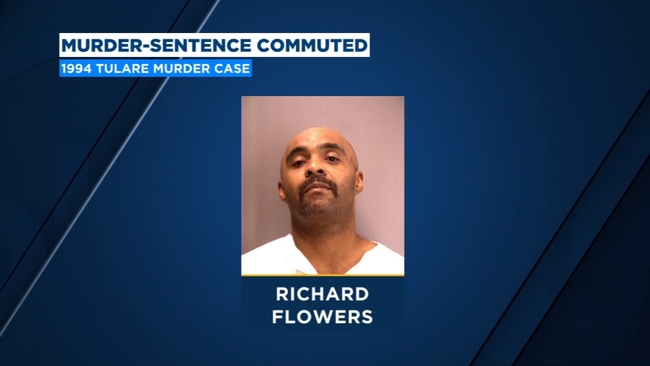