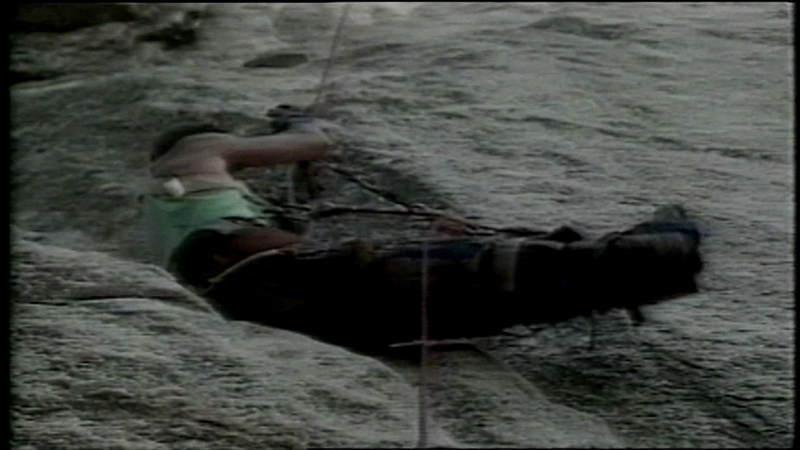 YOSEMITE, Calif. (KFSN) -- It was daring, daunting and it was exactly three decades ago.

Mark Wellman knows that date well because he lived this experience.

One that made him the first paraplegic to ever climb El Capitan.

It is a mountain twice as high as the tip of the Empire State Building, and 100 times as tall as the Statue of Liberty.

"The night before we were going to blast off I remember I was so nervous that I couldn't sleep," said Wellman.

The then 29-year-old Wellman spent six months preparing for this journey with the help of his friend and lead climbing partner Mike Corbit.

They developed specialized equipment for Wellman who was paralyzed after a tragic climbing accident in 1982.

"It was down by a mountain called Seven Gables which is near Mt. Humphries," said Wellman.

But this time he was at Yosemite National Park and he knew his physical disability was not going to get in the way.

"As soon as I touched that rock the big stone all my training came into play," said Wellman. "I would send a rope through a friction device and belay him as he makes his way meticulously up to the crack and he fixes the rope and I use that ascender with a pull-up bar and I'm doing pull-up after pull-up," said Wellman.

This mountaineer says he did roughly 7,000 of those seven-inch pull-ups until he summited El Capitan eight days later.

Corbit who proudly carried his friend on his back at times says he will never forget what they accomplished together.

"It was like winning the World Series I know what those guys feel like when they get the final out it was like that it was over we were the champions," said Corbit.

Now 30 years later, they are still celebrating and encouraging people never to give up no matter their circumstance.

"My message to a newly injured person is try the things that you want to try. There's a lot of adaptive sports out there now when," said Wellman. "Always try to do the best you can with what you have and you'll accomplish a lot of if you think that way."
Report a correction or typo
Related topics:
societyyosemite national parkyosemite national parkyosemiterock climbing
Copyright © 2021 KFSN-TV. All Rights Reserved.
YOSEMITE NATIONAL PARK
Officials propose camp fee increase at Yosemite
Hikers come across bear Yosemite National Park: Video
What to know before visiting Yosemite this summer
Yosemite climbers must get permit for overnight stays
TOP STORIES
Large vegetation fire prompts evacuations near Auberry
CA power grid declares Flex Alert for Thursday
1 shot in SE Fresno while trying to stop assault
PG&E crews preparing for increase in electricity demand
Hot weather forces cancellations of Central Valley events
President Biden meets 1-on-1 with Russian President Putin
Merced teacher back home after battle with COVID-19
Show More
50K Six Flags tickets announced as new vaccine incentive
Local cattle ranchers seeing increase in hay prices
Looking back at the ups and downs of COVID in Central CA
Fire burns 2 homes in northeast Fresno
24-year-old man shot in southwest Fresno, police say
More TOP STORIES News