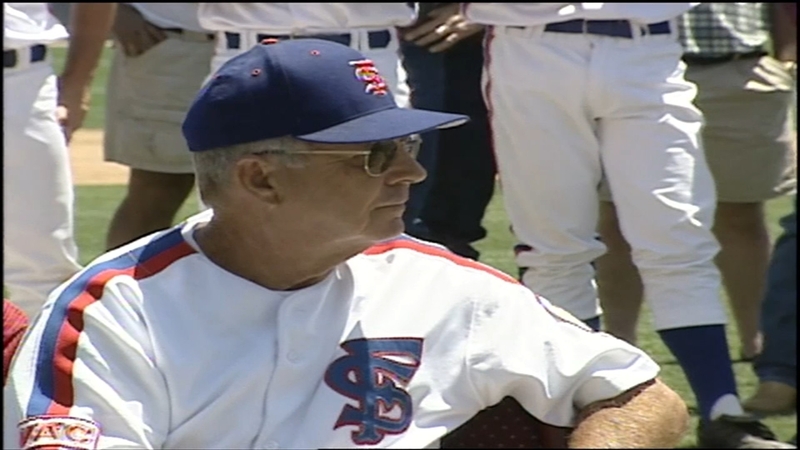 FRESNO, Calif. (KFSN) -- Former Fresno State baseball coach Bob Bennett has passed away at the age of 86, his family confirmed.

Bennett is the winningest coach in Fresno State baseball history. He led the Diamond Dogs for 34 seasons, with 1,302 wins before his retirement in 2002.

Back on May 20, Todd Bennett, son of Bob, announced on Facebook that his father's heart had stopped following a procedure. He was put on a ventilator following the complications.

During his time in the hospital, family members of Bennett reached out to the public asking them to send videos of well-wishes for the former Bulldog coach to aid in his recovery. He was able to see the videos before he passed and responded positively to them.

He led the Diamond Dogs to 21 NCAA Regionals, 17 conference championships and two College World Series appearances in 1988 and 1991.

His #26 was the first number retired at Fresno State and in 2016, the school renamed its baseball stadium "Bob Bennett Stadium at Pete Beiden Field."