In December of last year, four people were killed in northwest Fresno, including a street racer who was attempting to evade police.
KFSN 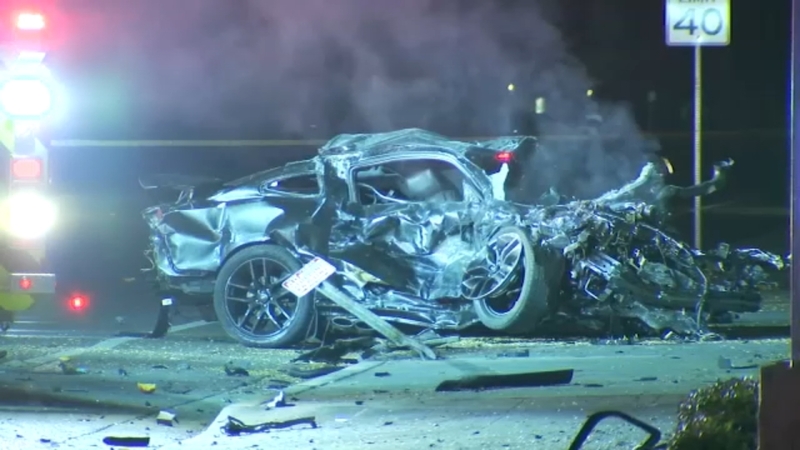 Assembly Bill 3 would impose tougher penalties on those who partake in street racing or sideshows.

The current punishment is a citation of up to $500, a maximum of 90 days in jail or both.

If a driver is convicted, their license could be suspended up to 6 months.

"It gives us a little more edge to hopefully stop these incidents that are causing some serious problems with our road ways," says Lieutenant Anthony Dewall, with the Fresno Police Department.

In December of last year, four people were killed in northwest Fresno, including a street racer who was attempting to evade police.

One of the three victims was Sanger High School senior Allison Chang.

Her mother, Dana Xiong, has since been advocating for tougher penalties to deter street racers.

"No one is going to understand the injustice of these poor decisions unless their lives have been touched by it," she said.

She's urging state Senators to prioritize the bill and push it forward.

"It is going to send a really, really strong message that street racing is not going to be tolerated at all," she said.

Fresno Councilman Mike Karbassi has been advocating for change.

"I think it is a step in the right direction," he said. "I don't know how it is going to evolve in Sacramento, but it is what we need here in our community to be able to show people that, it is not just a $500 ticket, it is much more severe than that."

RELATED: 'Get it the hell out of our town': Fresno officials, law enforcement crack down on illegal street racing

The Fresno Police Department have since joined forces with several other agencies to focus on traffic enforcement.