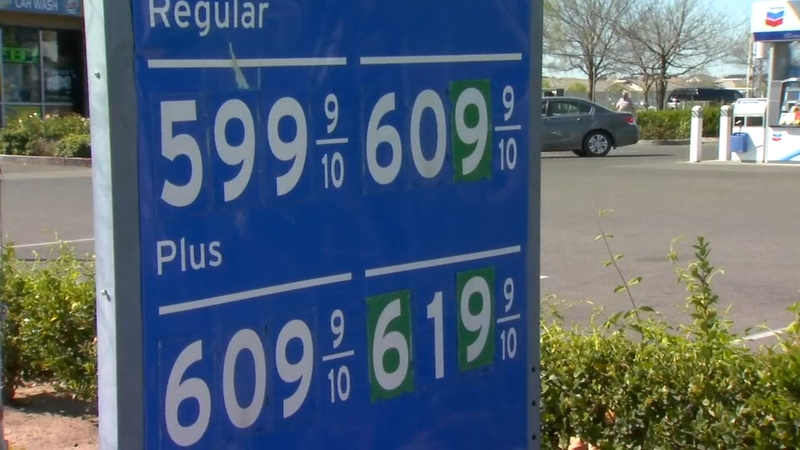 FRESNO, Calif. (KFSN) -- The newest proposal to help Californians absorb the high price of gasoline calls for a $400 rebate directly to taxpayers.

Record high gas prices have California Democrats and Republicans finding a small patch of common ground, but they want to sow very different forms of relief.

On Tuesday, Republicans failed to pass a gas tax holiday that would've eliminated more than 50 cents per gallon in cost for retailers.

Two days later, the Democrats are calling for eliminating the middle man and sending a $400 rebate sent directly to every taxpayer.

"For most vehicles, most Californians, this $400 rebate is equivalent to a one-year gas tax holiday," said Assm. Cottie Petrie-Norris, (D) Irvine.

He says those businesses have seen huge increases in operating costs and usually raise their prices in response, costing consumers.

"This just looks to me like a quick political decision by the Democrats who are getting, I think, in real political trouble over the high cost of living and the high cost of gasoline," Patterson said. "We're entering an election cycle and all of the sudden the Democrats are deciding to give taxpayers a tiny little rebate? I don't think it's good enough and I think we can do better."

The state has an estimated $45 billion budget surplus.

Merced's Adam Gray stood with his Democratic colleagues to announce the proposal.

But he says the rebate can't be the only solution they offer.

"I think a $400 tax rebate when we're sitting on a surplus in the billions is an obvious first step, but we have to do a lot more, too," Gray said.

He wants to vote on the rebate as soon as possible and then consider additional ways to help put California in a better position for the next spike in gas prices.

Gray has called for more domestic oil production and says he'll listen to any ideas.

His fellow Democrats say they can invest in long-term clean energy projects to make generational change while still offering this rebate and maybe more.

"I have a strong sense there is going to be additional relief on top of this that is means-tested and targeted to those folks who need it most," said Assm. Jess Gabriel, (D) Woodland Hills.

Unlike the GOP-proposed gas tax holiday, the rebate isn't immediate.