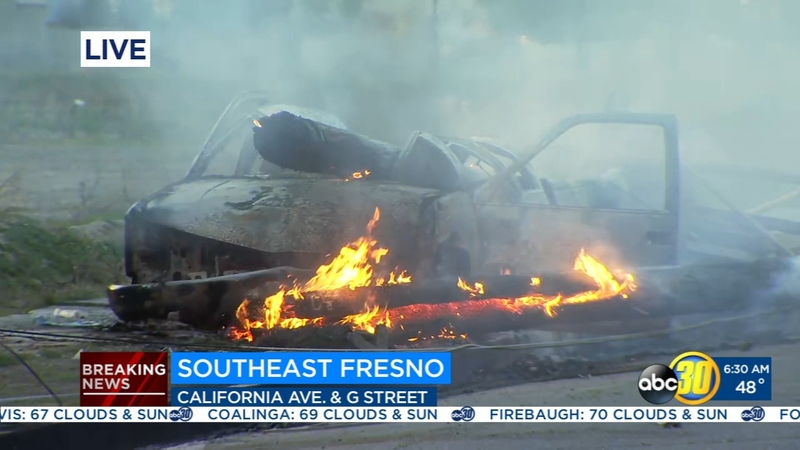 It happened on G Street and California Avenue around 5:00 am.

Firefighters and PG&E responded to the crash, where it appears after the collision, the power pole fell on top of the vehicle, sparking a small fire.

Officials say a transformer started leaking fluid and firefighters had to put dirt on the liquid to keep it from entering the storm drain.

Hazmat crews have also been called out to the scene to help firefighters with containing the fluid.

Authorities say there is no current public health risk.

Firefighters say to prevent water from pushing the liquid down the storm drain, they'll let the fire burn out on its own. The blaze is not threatening any structures, and crews will continue to monitor it.

Two people were inside the truck during the crash. One person suffered minor injuries and was taken to a hospital. The second person was uninjured.

Prosecutors expect to decide whether to charge officer who shot, killed Daunte Wright

Daunte Wright called his mother right before he was shot. This is what he said
More Videos
From CNN Newsource affiliates
TOP STORIES